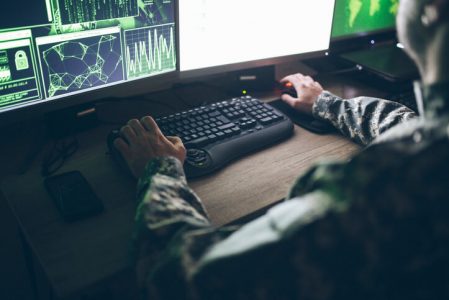 An airport in the north country of New York has had GPS issues since the invention of GPS navigation. I’m not kidding you. We would purposely request the GPS approach even when it was clear because we were bound and determined to figure out what the heck we were doing wrong.

Time and time again, we would be locked onto the approach, and as we turned final, the GPS would signal the autopilot to make a left turn and fly to infinity and beyond. Over and over again. We ended up getting an FAA flight check airplane to go up there to confirm we were in our right minds (we were, there was an issue), but when you’re not expecting a GPS problem, it can take you by surprise and be quite distracting.

Imagine that our government is pushing buttons to jam GPS signals, even when civilian aircraft are using those signals. Well, it’s happening, and I understand why. For the most part, as a nation, we are reliant on GPS navigation signals for aircraft, ships, cars – anything that gets us from here to there. So, naturally, this makes the military nervous.

What would we do if someone jammed the signals nefariously? Can you imagine the chaos? The government doesn’t want to imagine; they want to be prepared. To do that, they must experiment and jam the signals themselves.

They do it in the extensive, wide-open areas of the southwestern United States, testing their systems and personnel to see how they manage without their ever-present GPS. They don’t always tell the civilian population where and when this will be happening.

As you can imagine, controllers are frustrated. They’ve been telling the military that it negatively affects civilian traffic, but their answer is to put everyone on headings. The military says they notify the FAA about the jamming, but the message doesn’t always get to the people who need to hear it, which can be dangerous.

For me in New York, at least I knew I would get a lousy signal. But these other pilots don’t know. There was a report of a business jet turning the wrong way when the GPS failed, taking him into the highly restricted airspace of a missile range. Another pilot lost his terrain mapping at a critical time. Other pilots have reported other adverse reactions too.

Controllers can stop the jamming when things get out of hand, but it is discouraged. Maybe military testing is not as effective when everyone expects it or when pilots avoid the area because of it, but GPS navigation is essential to flight safety and will only become more so as technology evolves.  As always, keep an eye on your signal, and be ready for anything, like a good pilot should.

PrevPreviousCircle-to-Land: You Better Bring Your “A” Game
NextPilot Medicals for Balloon Pilots are a Good Idea Next