Circle-to-Land: You Better Bring Your “A” Game 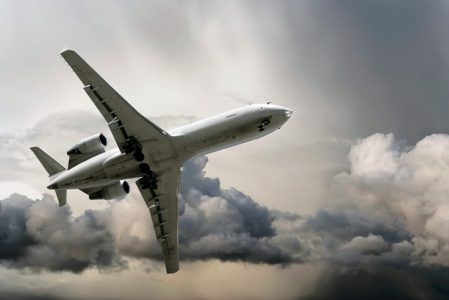 Another fatal Learjet accident that seems to be directly related to the circle at the end of a GPS or ILS Approach. On December 27, a Learjet 35A crashed while executing a circle-to-land approach into Gillespie Field near San Diego, CA, eerily like another Learjet 35 accident that occurred in 2017 while attempting to land at Teterboro, NJ.

This might be a good time to rethink the whole circling approach maneuver, regardless of the type of aircraft that you fly or your experience level. Even as a professional airline pilot, my ATP type rating for the 737 and Airbus 320 series came with the limitation of circling in VMC conditions only. The California accident occurred in marginal VFR conditions.

The weather at the time of the California crash was localized rain with a cloud cover at 2000 feet broken, 2600 overcast. The firefighters at the scene reported significant rain occurring when they arrived.

It looks like the sequence of events started when the flight was cleared for a straight-in GPS approach for the shorter of the two runways. When the pilot had the runway in sight, he cancelled his IFR Flight plan and asked for a circle to the longer runway, which the tower authorized. The pilot overflew the airport, circled to the left and entered a left downwind. That’s where the routine part of the flight ended.

Flight Aware data shows the Learjet at an unusually low altitude when beginning the circling maneuver over the top of the airport. The pilot also asked the tower to turn up the runway lights at this point, indicating that it may have been difficult to keep the runway in sight due to the rain and other surrounding lights from the city. I can imagine the high workload of having to keep the pattern in close enough to maintain visual contact because of the lower visibility, but also having the unusual perspective of the lower-than-normal altitude to process at the same time. The steep dive to impact occurred while turning from base to final, indicating the possibility of an accelerated stall.

Another factor is that both the California and Teterboro pilots had limitations to their PIC qualifications on record. It is not yet known exactly what the limitations were for the most recent accident, but it’s not unusual to have limitations relating to the circling approach, either daytime only or VMC conditions, like the airlines require. I’m hoping that was not the case for the California pilot because the accident happened at night in marginal conditions.

When I think of how this accident could have been prevented, many things come to mind. Of course, none of us know what really happened yet and the official investigation could take years, but the most obvious action that the pilot could have taken would have been to go around and reassess. At any point during the circle, that would have been a wise move.

When you realize you’re too low to begin the whole maneuver, go around. When you’re too tight, go around. When you feel yourself increasing the bank angle, simply stop the maneuver and request a missed approach. Ask for vectors to a hold if you need time to implement your Plan B. If the runway with the straight-in approach was too short for the wet conditions, he may have diverted to San Diego. The pilot had so many options that were infinitely better than the need to complete the flight as planned.

My only hope is that the rest of us can learn from these two seemingly preventable accidents. As the experience level of new pilots joining the workforce is lower than in the past, we should all be prepared to stop what we are doing and reassess if something doesn’t feel right. I can feel it in my gut just sitting here at my desk – I’m sure there was a sense of unease in the Learjet that night.

Obviously a straight-in GPS or ILS approach is always preferrable to a non-precision approach, but we always have the option to go-around and try again, or divert, if something feels off. This is what we are trained for. As sad as this situation is, I am grateful for the chance to remind myself that a little embarrassment or inconvenience is far better than what else could be waiting at the end of the accident chain.