Pilot Training and Preparedness for After an Emergency 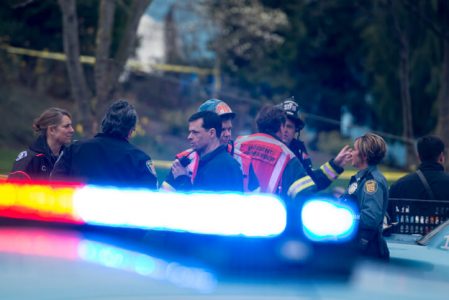 Pilot training for after an emergency can save lives too

During my years as a pilot, I remember waking up several times in the middle of the night to a message that filled my heart with dread. It said that we had an aircraft missing or overdue and the company was starting the search protocol. The message would very expressly state that they were NOT taking phone calls and that we were to stand by, which of course, we never did. There would be no details about which crew or which aircraft was missing, and it was a helpless feeling. Pilot training prepares us for an emergency, but it doesn’t always help us know what to do after the emergency is under control.

It turns out that the missing aircraft scenarios were just that: scenarios. They were practicing, and we couldn’t know it was a drill. It felt horrible, but that was the only way to keep it realistic.

As a Part 135 EMS operation, we were required to have a plan. We had specific steps to be taken in the event of an emergency or accident or if an aircraft was overdue by more than 10 minutes. Anyone not on an IFR flight plan knew that it would set a big plan in motion if the comm center did not hear from them. It was comforting to know that someone would be looking for us within a few minutes if something went wrong, but not everyone has that luxury.

The private company I work for now does not have such a plan. Yes, we are always on an IFR flight plan, but in an emergency, would I know what to do AFTER I survived, whatever it was that I survived? Having a written plan is a good idea when you think about it. It is common to become flustered or nervous or experience shock immediately after an emergency. Having a written plan can help you get the ball rolling, even just to make that first phone call to the right person.

Enter the company Aviation Manuals which is in the business of emergency response plans. In fact, they have an emergency response form designed to allow for the seamless collection of information in the event of an accident, injury, or threat situation. And here’s the best part: the form guides the crewmember, or other user, to record and account for all the required details in the most beneficial order.

The form includes FB’s, drone operators, and business aviation entities. So everyone involved in aviation has a plan in place if the unthinkable happens. And, to make this a possibility for anyone who wants to be better prepared, a PDF version of the form is available for free on Aviation Manuals’ company’s website.

The time to think about an emergency plan is long before you need an emergency plan. Pilot training and flight simulators do an excellent job teaching us what to do to prevent accidents and incidents, but bad stuff still happens. So why not be prepared to handle the aftereffects too?