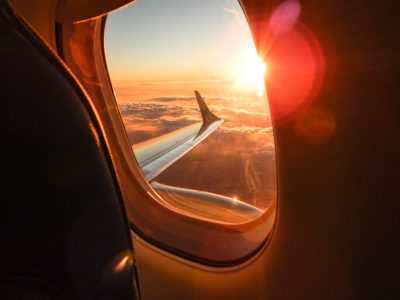 Pilot Training Can Include Having Difficult Discussions

I’m not sure if we appreciate recurrent pilot training for the gem that it is. For most of us, it’s a week of systems and simulators, and then we’re ready to take to the skies again. It’s a week in a hotel room, going out to eat, setting the alarm, and answering questions in class. Pretty routine. But do we truly grasp the importance of learning about our aircraft type in the real world?

The pilots and instructors who take recurrent pilot training and talk about what has happened to them over the last few months are a gold mine of information. For example, I went to recurrent last week where they brought a mechanic into our class to address anything we wanted to talk about. It was wonderful!

I can’t imagine the buzz in the Cessna Citation recurrent class after the fatal 2018 accident that (allegedly) involved after-market winglets. It happened at Clark Regional Airport in Indiana. Unfortunately, the Citation went down shortly after take-off because of an in-flight upset that was not recoverable. There are so many questions from this accident; I’d want to spend days discussing that in ground school.

The unique thing about this Citation was that it was fitted with the Active Technology Load Alleviation System (ATLAS), manufactured by Tamarack. The system includes wing extensions and aerodynamic control surfaces that either remain in trail with the wing or symmetrically move up or down to alleviate structural loads.

The NTSB reported the probable cause of the accident to be the “Asymmetric deployment of the left-wing load alleviation system for undetermined reasons.” Tamarack disagrees. They did their own investigation at the accident scene and determined that their system was functioning correctly at the time of the accident. I have a feeling this is not over yet.

This is where recurrent ground school comes in, complete with input from pilots and mechanics worldwide. Tamarack says that the accident resulted from a malfunction in the attitude and heading reference system, causing the autopilot to disconnect at a bank angle much less than its normal range of functionality.

All of you Citation pilots in pilot training right now, if active winglets are not already a part of the recurrent curriculum, raise your hand and get people talking. Do both sides have a valid point? Do both scenarios lead to a failure that may result in an unrecoverable flight upset? If so, how can you train to be able to recover? At the very least, talk about a procedure to follow if you find yourself in a similar situation. Finally, let the pilots and instructors who have gone before you share what they know and get your money’s worth out of your annual trip to the sim.