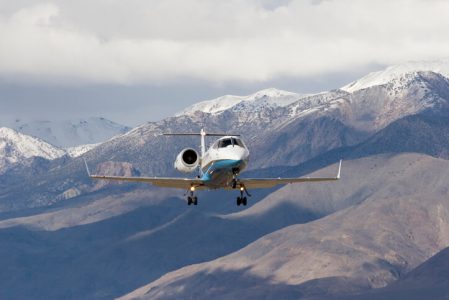 I’m always surprised when I hear about an accident on a day that is clear and a million. Isn’t that when flying is at its most natural and effortless? Maybe that’s why we don’t spend a lot of time in pilot training practicing visual approaches. We fly a visual approach when it’s time for a no-flap landing, but we rarely fly a visual approach for its own sake. As a result, not only are we rusty with the skills required to do an old-fashioned, manually flown visual approach, but we are also having trouble with airspace excursions and incorrect airport surface landings. It sounds like additional training may be in order.

In a recent Safety Alert for Operators (SAFO 21005), the FAA describes visual approaches as beneficial for expediting traffic and reducing traffic, but they must be balanced with safety. The SAFO also notes that the pilot’s responsibility is to advise ATC when a visual approach is not desired.

Several years ago, the FAA noticed an increase in Class B excursions and “wrong surface” events. To investigate, they ordered a risk assessment to determine the cause of the increasing trend. They found that the risk of experiencing either event increased when pilots accepted a visual approach clearance.

The FAA now advises pilots to use visual approaches sparingly and consider backing them up with instrument approaches whenever possible to reduce the chances of lining up on the wrong runway or taxiway. Even if you think it’s a no-brainer, it can’t hurt to have the RNAV/ILS in the box for a backup. One of my co-workers had to do a last-second go-around to avoid landing on a taxiway on a snowy day; an ILS backup would have helped him!

Here are the FAA guidelines for accepting a visual approach:

The FAA also recommends that management pilots ensure their pilot training programs include scenario-based modules that include risk mitigation strategies and best practices in other recent SAFO’s. For example, SAFO 17001 discusses Pilot and Flight Crew Awareness of Class B Airspace Boundaries, and SAFO 17010 is about Incorrect Airport Surface Approaches and Landings.

NBAA recently highlighted the SAFO to its members, reminding them that business aircraft pilots need to remain exceptionally proficient in visual approaches because of the high number of non-towered airports they use daily. Pilot training should continue to emphasize visual approaches, and pilots should maintain hand flying skills as much as familiarity with flight deck automation.