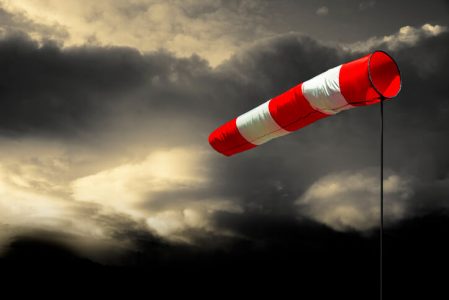 One of the 172s at our local flying school ended up in the grass the other day. No, it wasn’t a grass runway. It was very much paved, long, and wide. It was supposed to be just another day of pilot training for the instructor, but it turned out to be anything but. Light to moderate crosswind was blowing while the student and instructor were coming in for a landing and a slight gust caught them by surprise. The wing dipped and he didn’t make enough of a correction. From what the witnesses say, the plane skipped sideways, coming to rest at least a plane’s width off the runway in the grass. Witnesses also say that you could hear the flight school owner screaming at the poor flight instructor in the next county. What was the instructor doing, you ask? Not enough, which is more common in than you may think.

The whole incident happened in the blink of an eye, and the instructor was amazed that by the time he made a move to correct the drift, it was too late – they were in the grass. While that was not what the owner wanted to hear, the instructor is not alone. Experienced pilots say the same thing when they find themselves up to their axles in the grass.

One of the most common types of aircraft accidents worldwide is runway excursion. Most of them occur during landing, just like our local 172, and most of the excursions are lateral, again, just like the 172. Would you believe that poor pilot technique is one of the significant contributors to the incidents? It’s aircraft handling errors combined with weather like wet runways, crosswinds, snow, ice, etc., that cause the most problems, which makes sense when you think about it.

There are other contributing factors, too; things that we ought to do something about. Factors like pilot decision-making abilities, including go/no go or land/no land decisions. Or how about understanding aircraft performance limitations, especially when faced with crosswind or slippery runway conditions?

Do you remember an Airbus 330-300 runway excursion in Montreal in October of 2014? It was a classic set up: the crew was landing after a long transatlantic flight, they were tired, and the weather was deteriorating right before their eyes as they planned their approach, the radar became busy with strong returns to the north of the airport, and the runway lighting was out of service. Nevertheless, the approach was stable and the crew never lost sight of the runway, but the aircraft ahead of them reported low altitude windshear while a rain shower was approaching the middle of the runway.

The rest is history, and I bet these pilots would also tell you that it happened fast. The aircraft entered a moderate rain shower just above the runway, started oscillating both left and right (pilot induced), and touched down on the right main gear as the pilot made a last-minute correction from a left bank 30 feet above the ground. It makes me cringe just thinking about it.

The aircraft quickly drifted to the left, clipped several runway lights, and touched down in the grass at the runway edge. The investigation revealed a downburst from a thunderstorm cell at the time of landing. In addition to the increased precipitation that reduced the visual reference in the flare, plus the inoperative runway lights that made it difficult to detect lateral movement during the touchdown, all combined to contribute to a costly landing mishap.

Did the pilots know not to land in a thunderstorm? Did they know about windshear and the dangers of crosswinds on wet runways? I’m sure they’ve flown thousands of approaches requiring crosswind corrections. So why did this one bite them?

A recent Airbus study revealed that the three main environmental factors that lead to runway excursions are wet or contaminated runways, turbulence or crosswinds, and reduced visibility. The study concluded that 80% of runway excursion events included at least two of those three factors. Unfortunately, the Airbus 330 in Montreal encountered all three.

This incident demonstrates that the knowledge of these environmental factors is not enough to avoid an excursion. This crew knew about the weather, even briefed a possible windshear encounter, yet still found themselves unable to control the aircraft enough to prevent a quick trip into the grass.

Training Centers and instructors are doing their part to include runway excursion scenarios in pilot training classes. However, perhaps avoidance is still our best opportunity to keep the aircraft on the pavement. Pay attention to the three main environmental factors and if you see more than one in your immediate future, consider the landing (or takeoff) very carefully. It might be best to divert or head back to the hangar until conditions improve. Your ego (and your boss) will thank you.