Class G Airspace May Get Warnings About Drones 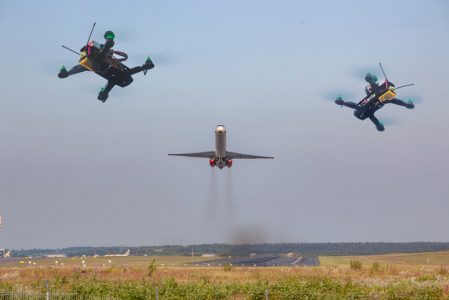 The FAA has announced that drone operators have permission to fly their drones farther than line of sight AT NIGHT. It’s bad enough that they’re flying around in Class G airspace during broad daylight. Even though they aren’t supposed to be flown near airports, what chance do we have of seeing them if they do?

When I was a fixed wing pilot for an EMS operator, we would fly into the most remote airports in the middle of nowhere at all hours of the day and night and we sometimes had no idea what else was flying around out there. It always helped to know that a drone operator was required to have the drone in sight. It makes me nervous that a pilot doesn’t need to see their drone anymore. If they can’t see their drone, they can’t see me, right? Fortunately, technology is catching up and it won’t be long until most airplanes are equipped with a way to identify and avoid drones in their path. There’s an app for that.

This app uses technology funded by NASA in an attempt to develop a drone detection system for aircraft. The system works by simply spotting and identifying the drone, then reporting the sighting to the ground and pilots in the sky.

The app is designed to identify drones flying where they’re not supposed to, for instance, near an airport.  Rick Zelenka’s creator is a former NASA engineer who intends to release a commercial version that can be downloaded onto a tablet. No timeline was given, but his intentions are pure: get ahead of this problem and make Class G airspace safer.