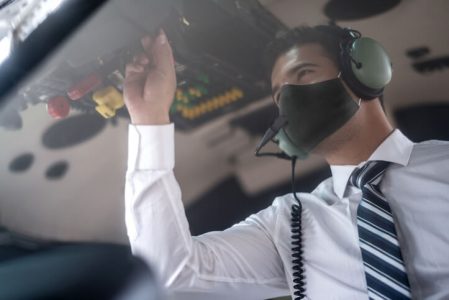 Pilot training, when done well, can change an emergency outcome

At the end of my last recurrent pilot training lesson, my instructor gave me an unwelcome surprise. We were 10,000 feet over Atlanta when all went suddenly quiet – dual engine failure. We were busy down to the runway, which miraculously passed under our wheels at precisely the right time. Don’t ask me how we did it, but it worked. Not an easy feat in a simulator. Next to impossible in real life. Maybe a handful of pilots have successfully landed with a dual engine failure; the miracle on the Hudson comes to mind.

I believe that dual engine failure is most often caused by one of two things: bad fuel or pilot error. For example, pilot error brought down a US Air Force special mission Bombardier Global Express in January of 2020. According to the USAF Aircraft Accident Investigation Board, the crew identified the wrong engine for an in-flight shutdown, leaving the aircraft without working powerplants.

What an incredible nightmare; they survived a catastrophic engine failure only to shut down the one working engine. First, the pilots were unsuccessful at restarting the good engine; then, they elected to make it to an airfield 230 nm away. Neither helped their dire situation. When they realized that they were not within gliding distance of their chosen field, they changed to a closer airport but did not have the range for that one either. They crash-landed in an area about 21 miles short of the runway, the aircraft was destroyed and both pilots killed. Additionally, both the cockpit voice recorder and the digital flight data recorder stopped working before the impact because of the intense aircraft vibrations. Still, one can imagine the stress and anxiety that they experienced.

It makes me think about pilot training and how my instructors would make sure that we took our time and were very deliberate before we made any critical decisions or moved any critical switches. We were told to stop, take a deep breath, smoke a cigarette, check our phone messages and then, and only then, take a look at what’s wrong with the airplane. Of course, they were making a point, but it did sink in, at least for me.

I have to wonder if it wasn’t the startle factor that caused an error in judgment with the accident crew. If the vibrations were severe enough to shut down the recorders, it must have been extremely difficult to make decisions and think straight. Once discovered, their error may have been impossible to reverse.

I often think of my own dual engine failure in pilot training – it was more of a “bonus” exercise, but maybe it should be a considered more critical component of training.