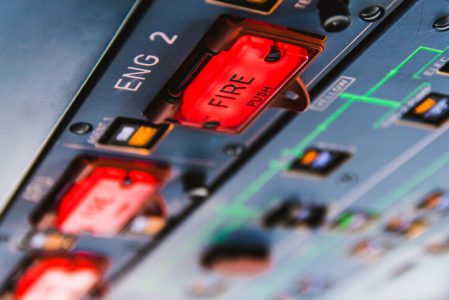 When I was a young mom, we had a saying in my house that might sound a bit odd to non pilots. When life got busy or we had many people in the house, I would always assign someone the job of ”FLYING THE BABY”. It was my way of reminding everyone of how critical it was that “someone” had the sole task of watching over the baby, just like our early days of pilot training when we were mandated to “FLY THE AIRPLANE”, then think about navigating and communicating.

Some people are calling for a return to the basics of aircraft control, even among highly trained airline pilots who are flying technically advanced aircraft, and I couldn’t agree more. The NTSB recently released an update on their investigation of the Atlas Air Flight 3591 tragedy and it seems like simply flying the aircraft might have corrected the problem and avoided the accident altogether.

Somehow in this crossing of arms and hands maneuver, it appears that someone accidently bumped the Go Around button. Since the system was designed with passengers in mind, it initiated the go around in a very smooth and gentle way. The throttles slowly advanced and the aircraft gradually pitched up, just like it was designed to do for passenger comfort.

The problem, then, was that neither pilot knew what was happening or why – neither one knew who was flying the aircraft. It appears that one of the pilots thought the aircraft had stalled and was pushing the nose down and the other was pulling the nose up and the subsequent opposite control inputs caused the elevator controls to separate, resulting in neither pilot having control.

Simply disconnecting the automation would have stopped the madness. Disengaging the autopilot, autothrottles and flight directors would have convinced the crew that the aircraft was completely controllable and would have led to a normal landing. So why wasn’t this done?

One report discussed the startle factor, something that I keep hearing about in accident and incident investigations.

Maybe our pilot training needs to do a better job of preparing us for unexpected events. Or at least teach us how to recover from being startled or surprised with enough time to actually do something about it. We all know that flying consists of hours and hours of boredom followed by moments of sheer terror. it’s only a matter of time before someone gets surprised again.