Pilot Training for the Infrequent Surprises 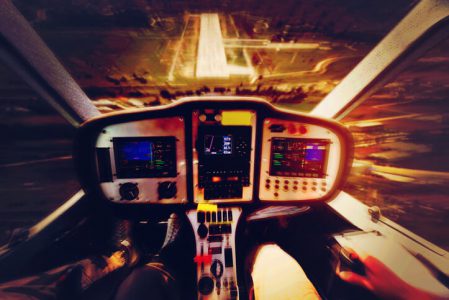 A friend of mine is working on a presentation for an aviation course and he wanted me to review his powerpoint before he turned it in. The subject was the Colgan Air Flight 3407 accident in Buffalo, New York and his presentation really made me wonder if we have done enough to prevent a repeat accident in the future. One of the big questions in this accident investigation was the competency of the Captain. They specifically wondered about his ability to recover from a stall, something very basic in our pilot training. But I don’t think it was that simple.

Yes, the Captain failed 4 FAA checkrides and 3 company training events. I don’t know the specific details behind the failures, but upon face value they certainly make him appear to be a pilot with consistency and proficiency concerns. And yet, when interviewed after the crash, check airmen and other pilots spoke favorably of the captain’s ability. They described good decision making, methodical procedures, relaxed cockpit atmosphere, good callouts and good checklist usage.

So what happened? The NTSB accident investigators spent some time discussing the possibility that the Captain might have been startled or surprised by the noise of the stick shaker. And then he became confused. I had to think about that for a minute. I had a hard time believing that he could be so surprised that he wouldn’t be able to recognize the noise for what it was – a dire warning that required immediate corrective action.

But then I thought about the only time that I’ve ever heard a stick shaker. It was always in the simulator. And always during the “maneuvers” part of the training or checkride. Always. That’s just the way it was. In fact, my recent training/checkride events have not even required me to know the proper setup for the stall series. The instructor talked us through it. So to say we were expecting the noise of the stick shaker was an understatement. And then, of course, we knew that the pusher would follow momentarily.

Is that a disservice to pilots in training? Are we cheating? Is there a better way to train for stalls? I do remember a recent change requiring an unexpected stall at low altitude during one of our sessions, but again, we were told exactly what was going to happen so we sort of expected that one too.

Maybe our cockpit and simulator pilot training needs to be a little less predictable and a little more edgy to simulate the good, the bad, and the ugly. I know our sim instructors work hard to give us a realistic and challenging training environment, but new pilots are often graduates of accelerated training programs and may need some extra help to get them to be able to think on their feet. Surprises on your birthday are good. Surprises in your airplane not so much.