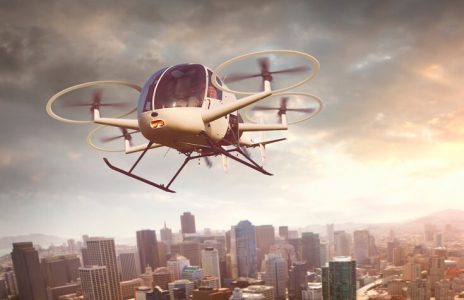 Autonomous aircraft will change the course of pilot training…eventually

I was watching 60 Minutes the other day and one of the segments was on driverless trucks. I’m not going to lie…it terrified me. Watching the autonomous trucks maneuver in parking lots and merge into traffic as they accelerated to highway speed? That’s the stuff nightmares are made of. The human truck drivers that they interviewed felt the same way. I’m pretty sure that human pilots are not too crazy about the idea of airplanes without pilots either. But the time is coming when pilot training is not going to look like it does today.

Autopilots are getting more technologically advanced by the minute and Garmin has already announced their new emergency autoland capability. It’s very impressive, but its sole purpose is to be able to take control of a perfectly good airplane and land it safely when the pilot is no longer capable of flying. I think we can all agree on the merits of such a system and I would love to see autoland capabilities on all single pilot aircraft in the near future, especially in jets.

But pilotless aircraft??? Now that makes my skin crawl! Fortunately there is a company in California that understands how radical the idea is and they’re trying to soften the transition a little bit. Their idea is to make human pilots an integral part of their autonomous design, at least in the beginning. It still leads to the same eventual end result, but I appreciate their thought process anyway.

Most companies working toward autonomous aircraft start with a clean slate and add the technology that will lead to a fully functioning design. But a San Francisco startup, Xwing, has a different idea. They are starting with a fleet of Grand Caravans, currently being used for routine cargo flights. Xwing is equipping these planes with the gear necessary to gather information on everything from navigation to emergency procedures, while leaving room for a human to act as Pilot in Command, at least for now.

According to company founder, Marc Piette, “this is the fastest way to get to uncrewed flight.” In the initial phase, they will be using ground based pilots to handle ATC calls and monitor aircraft systems, but if all goes well they hope to operate pilotless Caravans over water and wilderness as soon as possible. No one is sure when this kind of technology will be ready for mainstream aviation, but Xwing’s technology is scalable and can be adapted for other, already certified designs.

Just like driverless 18 wheelers cruising down the highway at 70 mph, pilotless airplanes are going to take some getting used to. Pilot training is a huge topic now, especially with the Coronavirus complications, so it will be interesting to see what the future brings. Will pilots be trained to simply monitor the systems of these autonomous aircraft? Will computers do a better job of handling the complexities of modern flight? Some say the skies (and roads) will be safer, but only time will tell.