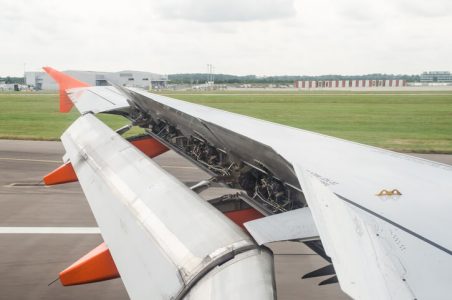 The other day, I drove my car onto the taxiway at our local airport to watch my friend depart in a Piper Arrow, because, well…. because it never gets old watching a plane take off, right? I positioned myself where I thought he would break ground and waited for the takeoff roll. Well, I was correct about where he would reach takeoff speed, but instead of breaking the surly bonds of earth, he abruptly chopped the power and came to a screeching halt right in front of me. Thank goodness pilot training includes the dreaded aborted takeoff, even in a small single engine Arrow.

Apparently, the door popped open at the most inconvenient time. The crazy thing, though, is that he actually contemplated continuing the takeoff. His planned total flight time was only 15 minutes, so he had to think about whether an open door was a big enough deal to abort. So in the span of about 3-5 seconds, he debated whether to go or stop. Go or no-go. Training took over and he stopped. Good call. And he simply latched the door, taxied back for another takeoff, and had an uneventful flight to his destination.

Three to five seconds in an Arrow isn’t a major issue, but what about bigger, faster aircraft? You can eat up a whole lot of runway in 3 seconds at 100 kts. We are trained to make fast decisions at those speeds, but sometimes the failure isn’t as obvious as an engine failure or a blown tire. And that’s when things get dicey.

Case in point: An IAI 1125 Astra SP (Gulfstream 100) was departing Ft Lauderdale Executive in April of this year and they had a very disturbing event happen at rotation. Actually, nothing happened at rotation. That’s why it was so disturbing. The pilot reported that the airplane did not respond when he pulled back the yoke at rotation speed. Apparently he did the right thing and aborted the takeoff without incident, but here’s the kicker. Like my friend, he taxied back to try again.

What? You have an apparent loss of elevator authority and you go back and try again? And THIS time, he lets the speed build up even higher – definitely higher than V1 (a major no-no in professional aviation). So at 130 kts, he is still not getting any indication of rotation and decides to abort for a second time! Well, this time, maximum braking and full reverse were not enough to stop within the remaining runway surface.

The jet passed through the runway overrun area, into the grass, pivoted to the left and finally came to a stop after collapsing the nose and right main landing gear. Nobody was injured but wouldn’t you have some questions that you’d like to ask that crew? I bet the FAA investigators sure did.

Maybe it was the last leg of a long trip. Maybe they were tired and really, really wanted to get home. Whatever the reason for the second takeoff attempt, it shouldn’t have happened. But since the decision was made to try again, at the very least, the crew should have followed what they learned in pilot training. V1 is a go, no go decision. I understand that the “go” decision was eliminated when the plane refused to fly, so that really only left one choice: STOP at V1, not 3-5 seconds later. The crew and passengers were lucky that day. The aircraft owner and insurance company, not so much. But maybe we can all learn from this: Be ready for anything during the takeoff roll. Even if the “anything” is nothing.