Pilot Training Helps You and Your Crew Stay Cool 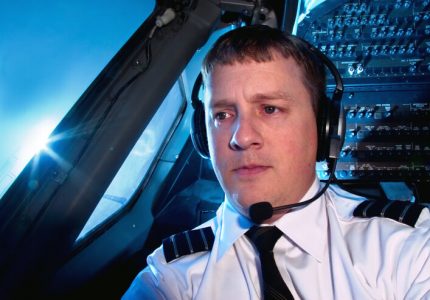 In my 30 years of flying professionally, I’ve lived through a handful of engine failures, but only one was completely spontaneous and 100% unexpected. The others were shut down on purpose – a decision made in response to an indication, a noise, or something we could observe (that lightning strike was really something to see). In all those cases, pilot training kicked in and we landed safely. But I’d be lying if I said that the spontaneous engine failure didn’t get the old heart pumping. Even for an experienced crew.

But there’s a crew based in Punta Gorda who recently experienced the unthinkable: a double engine failure! And to use their words “It was completely relaxed in the cockpit”. Say what? I’m sure that the vast majority of professional pilots have lived through some kind of aviation related horror, but very few can say that they lost both engines and safely landed on a legitimate runway at a legitimate airport. These two did it, and apparently they were cool as cucumbers. My hat is off to them. I was sweating with just one dead engine while the other one was working perfectly fine, thank you. I’ve trained just as hard as the next pilot, but there is still something unsettling about looking out the window and seeing your prop at a dead stop.

We spend hours and hours in the simulator preparing for the loss of an engine, and minutes and minutes rehearsing a dual engine failure. Obviously, it rarely happens, but there is always the possibility, so it’s in our books and it’s part of our training. Do we always take it as seriously as we should? In fact, do we ever really lose both engines in the simulator? I mean, what ARE the chances, right? Sure, dual generator failures or loss of all hydraulics, but both engines? I don’t remember seeing that too often, if at all.

So when it happens for real, it’s gonna get your attention. Here’s what happened to the Air Trek pilots working a medical transport in May of 2019. They were flying a Citation 2 from Punta Gorda, FL to Niagara, NY and lost power in the first engine over the Atlantic, near Savannah, GA. They decided to divert to the Savannah airport and began a descent, but at 8000 feet, they started to lose power in the second engine.

There were no obvious indications to explain the loss of power, but when both engines are affected, the fuel system is immediately suspect. At 8000 feet and descending rapidly the cause of the problem was secondary to not crashing the airplane. They said there was no panic, just a lot of discussion – trying to source the problem and then when that didn’t work, calculating and re-calculating their glide ratio – and making it to the runway, which they heroically did.

The problem did turn out to be the fuel, specifically a very serious mistake with a fuel additive that was never intended to be used with Jet A. There is a product called Prist that is required to be mixed with the fuel on a number of jets, including the Citation 2, for the purpose of preventing ice crystals at high altitudes. The pilots ordered their fuel with Prist that day, but unfortunately their fuel was mistakenly mixed with Diesel Exhaust Fluid (DEF), an additive designed to reduce pollution emissions in trucks. Both fluids are clear and odorless and are stored in small containers. On that day, a fuel technician assumed both containers were Prist and combined the two. He then proceeded to fuel 2 jets, both from the same company (the second jet lost one engine and landed safely).

Since that day, the Punta Gorda airport has changed its storage protocols so that DEF is stored, locked, and kept off site. Some other airports premix their Prist so it is never stored on airport grounds but is delivered already mixed, even for the aircraft that don’t require it. However far too many airports have no specific procedures in place. Pilot organizations have been petitioning the U.S. Environmental Protection Agency for years to make airport trucks exempt from using DEF, but so far they have not been successful.

I guess the moral of the story is that sometimes we won’t know what’s in our fuel. We can ask the fueler about their DEF procedures, but really, what’s he/she going to say? If that Citation had not been within gliding distance of an airport, the story would have ended differently. Pilot training can only do so much, but this case proves that the worst case does happen and we should always be prepared for that nerve-wracking silence on the flight deck. Maybe now is a good time to review those dual engine failure procedures.

PrevPreviousPilot Medical: FAA Says Covid-19 is Approved for Pilot Use
NextPassing Your Pilot Medical After Testing Positive for CovidNext