Passing Your Pilot Medical After Testing Positive for Covid 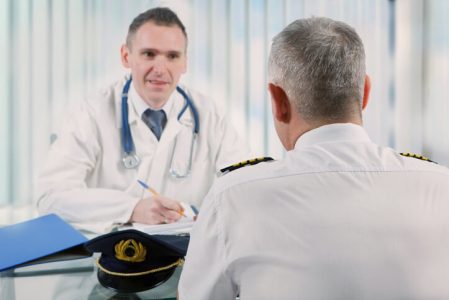 Your pilot medical may fare worse than you know after Covid

Are you one of the “lucky” ones who tested positive for Covid 19, but didn’t have any noticeable symptoms? Before you breathe a big sigh of relief, be aware that the virus might still be playing havoc with your internal organs, even if you don’t know it yet. If this is you, it may be a good idea to get a thorough physical BEFORE you head over for your official pilot medical.

It is estimated that as many as 40% of people with the virus don’t show any signs that they have it. No coughing, no fever, no shortness of breath….they don’t even lose their sense of taste or smell. But that doesn’t mean that the virus isn’t actively doing its damage.

Researchers have been scanning the hearts and lungs of those who tested positive, but never felt sick, and they are still finding signs of distress. The scientists have been seeing cloudy white areas in the lungs called “ground glass opacities” in asymptomatic patients. These hazy areas are signs of inflammation and show that the lungs are sick, even without symptoms.

Researchers don’t know exactly what these changes mean yet, nor do they know if the damage will be permanent or simply heal when the infection goes away. Even more disturbing is that they are also noticing this damage in the lungs of asymptomatic children. The concern is that these patients may have chronic pulmonary problems later in life, but it’s just not known yet.

Another study scanned the hearts of 100 Covid 19 survivors, including 18 who were asymptomatic. The researchers discovered that 78 had signs of heart damage, including elevated levels of troponin, a protein released by the heart muscle when it incurs damage. Not all of the 18 asymptomatic patients showed damage, but the ones who did had the highest levels measured in the study.

Many recovered Covid patients get tired easily and can’t do the things they used to do, but it is still not known if this is just temporary. Asymptomatic infections will require a great deal more research, but since the heart and lungs are pretty important to the successful completion of a pilot medical, it makes sense to have your doctor do some extra checking if you have recently tested positive.