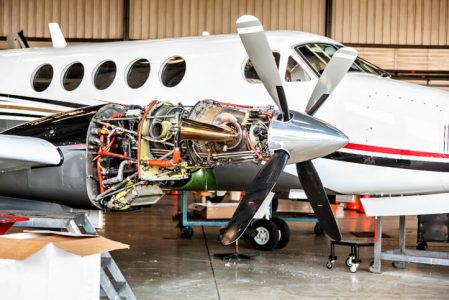 Early in my corporate flying career, I flew a Citation that had just come out of maintenance. We were having a hard time getting it trimmed properly for the flight home and something was definitely not right. I know pilot training teaches us to be extra careful on those first flights out of maintenance, but everything had checked out during our preflight so off we went.

When we landed, I had our local mechanic look at the rudder trim and we were not too happy when we learned that the rudder cable had been installed backward. Imagine if we had experienced an engine failure during takeoff? We would have been trimming in the opposite direction than what would have been required! I don’t even want to think about that outcome.

If you’re thinking that things like that don’t happen, think again. The FAA just issued a new Safety Advisory For Operators (SAFO) to warn pilots about a potential issue with reversing levers (beta arms) on PT6A engines. Apparently there have been numerous reports of the levers being installed incorrectly, leading to at least 6 accidents/incidents, one with fatalities.

The SAFO advises maintenance personnel to verify that the beta arm and guide pins are correctly installed. The warning stems from the investigation of a 2015 accident involving a Beech 1900C that crashed after losing thrust during takeoff. Both pilots and 2 passengers died in the accident. It was the first flight after the replacement of the left engine propeller.

The accident investigation revealed the possibility of incorrectly installed reversing levers and related components in PT6A engines. If the beta arm is not installed correctly, the unsecured linkage could release oil pressure in the beta valve, causing uncommanded propeller travel to the feathered position.

The FAA discovered 5 other events involving incorrect positioning of the beta arms in PT6A engines and each one occurred within 100 flight hours after beta arm maintenance. In one case, the guide pin was installed backward, just like my trim cable.

I get it. Mechanics are human and they make mistakes. This is why pilot training programs teach pilots to be extra vigilant after picking up a flight from maintenance – check every accessible switch, lever or button for proper position and operation. But sometimes trouble lies waiting in inaccessible areas, so if the FAA issues a SAFO for your aircraft or engine, talk to your mechanic about the alert, just to be sure that you won’t get any unwelcome surprises. Better safe than sorry!