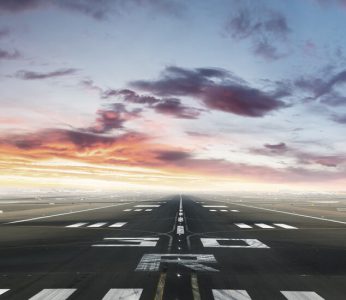 What do you do when not all pilot training is the same for something like aborted takeoffs?

Ask 100 pilots the question, “Who has the authority to call for an abort?” and you may get 100 different answers. Well, not 100 different answers, but heated opinions are all over the place with this one. Maybe that’s because pilot training for rejected takeoffs is all over the place. It often depends on the company doing the training and the experience level of the crew.

Major airlines, regionals, charter companies, and business aviation flight departments all have the potential to have different SOPs in place for dealing with rejected takeoffs. But pilots are pretty passionate about the method that makes the most sense to them.

Despite all the minor variations in technique and SOPs, there are basically 3 models to describe who has abort authority in a 2-pilot crew:

The bottom line is that there are two issues that every pilot must wrestle with:

We all know that we are only talking about seconds here, but when you are eating up runway to the tune of 200 feet per second, seconds are critical. Given the fact that many abort decisions have been shown to be made in error, it is definitely worth your time to establish and/or follow the SOPs of your company.

It’s too easy to put the “abort” decision making process in the back of your mind. After all, we fly thousands of hours without a single takeoff anomaly. But that is dangerous thinking. If you have the ability to create the SOPs for your company, pick one of the above and stick with it religiously. If your company already has SOPs in place, study them, practice them in pilot training, and again, stick with them religiously. Just a few seconds could mean the difference between stopping on the runway and careening off the end at 80 kts. It’s worth thinking about.