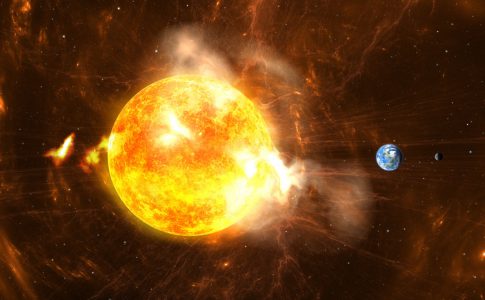 I had been an airline pilot for about 15 years when I was diagnosed with thyroid cancer. It caught me completely off guard because I have no family history of cancer and I always took really good care of myself – I thought I was doing everything right. And so did 2 of my crew member friends who were also diagnosed within a month of me getting the grim news.

Could there be a connection here?

Did you know that the International Commission on Radiological Protection (ICRP 1991) classified flight crews as “Radiation workers” over 20 years ago? Neither did I. I also didn’t know that the FAA agreed that flight crews are occupationally exposed to ionizing radiation, with an exposure limit up to 50 times more than the general public. In fact, flight crews on high latitude routes are estimated to receive one of the highest average doses of any occupationally exposed group in the US (Goldhagen 1998), INCLUDING workers at nuclear power plants.

Passengers and flight crews are exposed to higher levels of radiation because both cosmic radiation and the particles periodically ejected by the sun are 100 times more potent at normal cruising altitudes than they are at the Earth’s surface. Flights that go over the poles are even more vulnerable to radiation since the planet’s protective magnetic shield tends to dissipate at extreme north and south locations.

Most flight crews are unaware of the potential danger that is created by years and years of flying and that’s not right. Annual exposures for ground based radiation workers have been successfully reduced, but flight crew exposure has been increasing, especially with modern flight operations.

Pilots need more training to help them consider radiation in their flight planning and altitude choices. Aircraft should be equipped with devices that measure sudden increases in dose rates, like what would be encountered with a solar flare event. Pregnant crew members should be allowed to limit their flight hours and/or work ground jobs for the duration of the pregnancy.

It’s hard to believe that most of the research being done on cosmic radiation has focused on the potential damage to communication and navigation equipment. Not much has been done on the impact of human health. Well, I can’t prove without a doubt that my health has been affected specifically because of years of exposure to cosmic radiation, but I do know that I now have to rely on medication for the rest of my life. And several of my fellow crew member friends are also reliant on a little green pill for their survival, so it does make me wonder.

Right now, there are no industry standards for flight crew radiation exposure, nor is there a method used to consistently measure this exposure. Awareness is definitely increasing, but more work needs to be done. In the meantime, when you go in for your FAA First Class Medical, (or any medical), ask the doctor to specifically check your thyroid for anything unusual. A little extra vigilance on your part might just save your life.