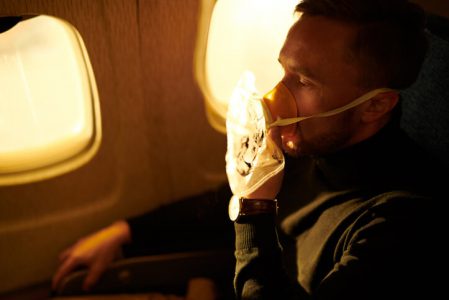 New Garmin emergency autoland system could save lives and aircraft

My home town suffered a huge loss when a local philanthropist and his wife were killed in a tragic airplane crash a few years ago. The couple owned a TBM-700 and departed for their vacation home in Florida at 8:45 in the morning. The husband was an experienced pilot, but the aircraft developed a problem with the pressurization that he did not recognize in time. If only his aircraft was equipped with an emergency autoland system, things might have turned out different.

The TBM was on autopilot at FL250 when the pilot told ATC they had a problem, but that was the last transmission he made. The couple lost consciousness and flew for another 1700 miles before running out of gas and crashing into the ocean. Our community lost a great couple that day, which is why I’m having a hard time understanding all the arguing that I’m seeing on social media regarding the life saving Emergency Autoland System from Garmin.

If I understand it correctly, this system is not meant to land a Cessna 172 when the pilot passes out or has a medical emergency. It is not meant to make pilots obsolete or take over our jobs in the future. It is meant to be integrated with the G3000 avionics system in high-performance turboprop and light jet aircraft that have autothrottles and pressurization.

The autoland system is designed to descend the aircraft to a breathable altitude if it detects a pressurization problem, and if the pilot does not take over by then the system will land at the nearest suitable airport. Or, if the pilot is unable to fly for medical reasons, they (or the passengers) can press the button and the aircraft will again take over and find an airport where it is safe to land. The aircraft I’m flying right now cruises at 47,000 feet and you better believe I would love to know that my plane is smart enough to descend to an altitude where I can breathe in an emergency.

Why wouldn’t we want such a feature in our aircraft? I understand that it is cost prohibitive for the average pilot right now, but this may change. It’s actually amazing stuff and I can’t wait to learn more about it. In fact, I think it’s a great time to be a pilot – the advances in technology just keep adding more layers of safety to every flight we take. Garmin’s Emergency Autoland Feature is a game changer. I certainly hope the aviation community embraces it for the life saving tool it is meant to be. If the TBM-700 was equipped with this autoland capability, the world may still have 2 people who gave back to their community in innumerable ways.