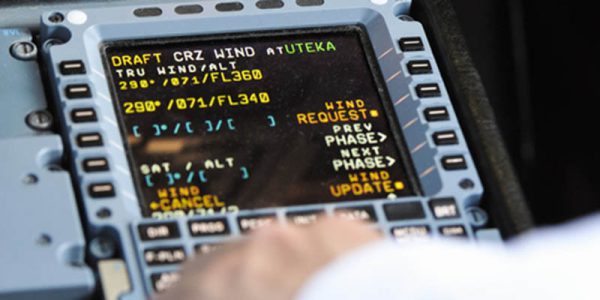 The importance of RNAV SID phraseology

In recent years, area navigation (RNAV) has been gaining a significant foothold in the National Airspace (NAS) as ground-based navigation is being relied upon less. The preference for RNAV is substantiated by the decease in radio communications and increased navigation predictability associated with it. While many of the concepts behind RNAV are meant to increase safety and minimize incidents the change has proven surprisingly problematic and dangerous as operators learn to correctly apply clearances and related phraseology. Climb via phraseology, in particular, continues to be widely misinterpreted and misapplied.

The RUUDY SIX departure from Teterboro (KTEB) is one example in which the application of climb via clearances has resulted in a shocking number of deviations. The application of the RNAV SID was intended to help streamline traffic, reduce radio communications and make the overall departure process go more smoothly. However, the reality is that many pilots are unfamiliar with climb via phraseology and its application, despite the fact that their aircraft is properly equipped to execute the procedure. The RUUDY SIX departure clearly annotates a top altitude of 2000’. Unfortunately, many pilots mistakenly set this altitude as their clearance altitude and proceed to blow through a less obvious 1500’ altitude restriction that occurs at the previous waypoint of WENTZ. Teterboro is not the only airport struggling with unexpected deviations as result of newly implemented departures. Indeed, other airports, including Henderson Executive (KHND), face very similar issues. The reality is that deviations are likely to happen more often as RNAV SIDs become commonplace.

Understanding Climb Via as it relates to RNAV SID

There are several specifics pilots must take into account in order to properly execute climb via instructions. Firstly, it important to understand that a top altitude is the altitude which is expected to be maintained on the SID. A common mistake though is to treat a top altitude as an altitude restriction or final altitude, which it is not. Additionally, there needs to be an emphasis placed on utilizing the correct phraseology. Shortening or reading back an incorrect clearance will only further compound any preexisting confusion. It is expected that pilots will read back the clearance verbatim using climb via. This expectation remains with frequency swaps. Furthermore, pilots need to be familiar and comfortable enough with the procedure that if ATC relays information not included on the procedure the pilot can make them aware of the prior clearance and associated restrictions.

When utilized correctly, the benefits of RNAV SIDs are tremendous. It is important to recognize though, that they initially create additional burden for pilots. To remain safe and avoid deviations it is vital that pilots study departures as best as possible and/or take time prior to executing the procedure to make sure they are confident in their knowledge to properly execute and adhere to any RNAV SID clearance they may receive.