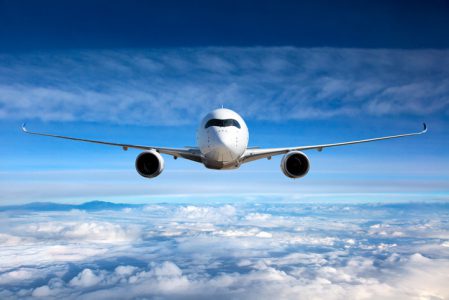 I just read an article about how a triple Resolution Advisory (RA) event recently occurred in RVSM Airspace. I honestly don’t know why this doesn’t happen daily – one thousand feet of separation is not very much and if pilots are not paying attention, it doesn’t take much to trigger a Traffic Advisory (TA) or RA.

As a quick review, Reduced Vertical Separation Minimum (RVSM) airspace allows controllers to reduce the vertical separation of aircraft from 2000 feet to 1000 feet, as long as they are flying between FL290 and FL410. Traffic Alert and Collision Avoidance Systems (TCAS) monitor the airspace around each aircraft and alert the pilot if another aircraft is considered to be a “threat”.

TCAS issues two types of traffic alerts, a TA and an RA. A TA is basically a heads up for the pilot to be looking for another aircraft that has been detected in the vicinity. An RA is issued when a potential collision has been detected and is a much more serious situation than the TA. When you see an RA, it means you are 20-30 seconds away from a possible mid-air collision and you better do something about it right now.

The RA will immediately issue instructions for the pilot to climb or descend and must be instantly complied with, without talking to ATC or even looking for the encroaching aircraft.

It is absolutely critical that you do exactly what the advisory is telling you to do because both of the airplanes’ TCAS are talking to each other and they know what each is telling their aircraft to do. So if you are given instructions to climb but instead you think it looks safer to descend, you may be toast in about 20 seconds because the other guy is being told to descend too. Blindly and faithfully follow the instructions you hear and see without even looking outside for an instant.

With only a thousand feet between airplanes, a chain reaction can easily get out of hand in busy RVSM airspace. TCAS not only monitors airplanes flying at level cruise altitudes, but also looks for conflicts when aircraft are climbing and descending.

Here’s where you can do your part to make the skies safer. When issued a climb or descent, always fly the last thousand feet at less than 1000 fpm. If you are climbing like a homesick angel in the RVSM altitudes, the TCAS will project your rate of climb and assume you will be continuing with that rate. It doesn’t know that you intend to shove the nose over at the last minute and give your passengers the experience of weightlessness. Instead, your TCAS thinks that in one minute you are going to be a threat to the guy above you and it issues an RA. So that guy climbs to get out of your way and he becomes a threat to the guy above him! And so on and so on.

Don’t be that guy. Or girl. Keep your climbs and descents within reason in RVSM airspace. If ATC tells you to expedite, then of course go ahead and comply. But if you are climbing or descending without specific restrictions, slow it down for the last couple of thousand feet to avoid tripping all kinds of alarms. ATC does NOT like to see and hear airplanes deviating in response to RA instructions. Come to think of it, pilots don’t like being on the receiving end of an RA either. Stay safe out there.