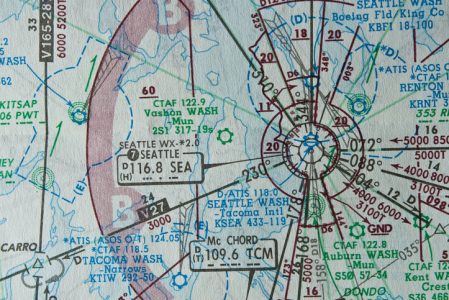 Congested aviation airspace in the northeast with much-needed relief

I remember when IFR flight planning was simple. You had your Victor Airways and your Jet Routes. That was it; pick one and be on your way. The charts weren’t a spider web with hundreds of options. Aviation airspace was mostly “space,” with a few highways in the sky thrown in. What a difference 40 years make! In many ways, getting from point A to point B is significantly more manageable now than it was back then. The simplicity of GPS navigation almost makes me jealous of flight students today.

Newer pilots will never know the horror of shooting an NDB approach on a check ride, or worse, into an actual airport with real inclement weather. They will never know the mental gymnastics we endured to figure out a last-minute holding pattern with no “picture” to look at on our beautiful flight display.

On the other hand, we didn’t have to bother with Q Routes, T Routes, Y routes, AR Routes, etc. Congested airspace has become a real problem, especially in the busy northeast corridor, and the FAA is working on a solution. It looks like we will be adding one more route system to the spider web – ACR (Atlantic Coast Routes) are on their way.

Originally scheduled to be integrated by November 3, 2022, the FAA is now saying we can expect an activation date in April 2023. The postponement is to avoid making many route changes during the peak flying season in the busy summer and winter seasons. The new ACR Routes will still be published in September 2022, as planned, but will not be authorized for use until April of next year.

According to the FAA, the transition to performance-based navigation is being made in the interest of safety. The goal is to decrease the reliance on archaic ground-based navaids in favor of using satellites to determine a more exact position. The changes will affect routes over 15 major airports along the East Coast from Baltimore-Washington to Raleigh-Durham.

Pilots will see changes to replace 150 existing high-altitude route structures with new or modified ACR routes. There will be no more J routes in this area, but there will be new or amended Q and Y routes, along with some SIDs and STARs.

Looking at an IFR chart may look intimidating, but there is a method to the madness, and the FAA is doing its best to simplify what it can. Given the magnitude of the aviation airspace above the busiest airports in the country, I’ll take whatever they can figure out over an NDB approach any day of the week!