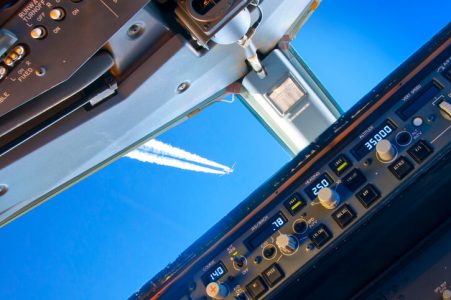 TCAS alerts are most helpful when followed

I wonder if the phase of flight makes a big difference in the reaction time of a pilot getting a TCAS alert. For example, do we snap to attention during the climb/descent or cruise phase because we don’t expect to have a traffic conflict during that time? Or is it more surprising to see an advisory while flying an ILS approach at a busy airport?

It’s never good to get a TCAS alert, and we better be ready no matter what phase of flight we’re in, but I must admit, there have been times when I should have responded faster than I did. But, surprisingly, it was in the terminal area where I let my guard down. I think I reasoned that I was in the airport area, the tower could see me, and I already knew other airplanes were in the vicinity.

I’ve semi-ignored traffic advisories on short final or right after takeoff, but now that I think about it, that’s a bad idea. Remember the recent midair collision at North Las Vegas? Two planes collided on a short final within full view of the tower controller. They were cleared to land on separate, parallel runways, but one pilot made a grave mistake and lined up for the wrong one.

Thank goodness we have TCAS in our modern aircraft – as air traffic continues to increase, it has become an invaluable tool for safety. However, there are still some issues to work out. For example, the FAA recently issued a safety notice for an unusually high number of TCAS alerts occurring while flying into Denver International. However, the abnormally high number of alerts began in 2004 with an airport improvement project and is still happening today!

According to the FAA, TCAS II alerting algorithms have particular problems with visual and parallel approaches at high-elevation airports and are not designed to account for certain ATC separation standards in those cases. To prevent an overshoot collision with the parallel approaches, the Denver Tracon established a 1000-foot offset during simultaneous operations to 16L/16R in 2019.

As a result of the change, the number of resolution advisories (RAs) between converging airplanes has decreased, but the overall rate is still high because of an increase in RAs for aircraft once they are on final.

The danger, then, is a heightened risk of a midair collision because pilots are desensitized by the high number of nuisance RAs on final approach to KDEN. In addition, many pilots routinely switch to a “TA -only” mode in the terminal environment, eliminating the collision avoidance safety net. They also risk forgetting to return to TA/RA mode during a missed approach/go-around.

It’s understandable how collision avoidance is often the last thing on our minds when established on an ILS approach, but we need to stay vigilant all the way to the runway. Our safety systems are only helpful if we use them to their fullest capability. 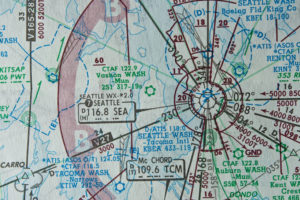