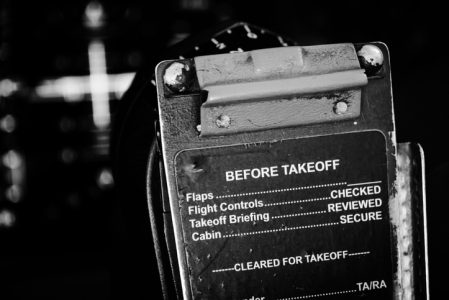 Single pilot resource management can help all levels of pilots

NTSB and witnesses don’t know the circumstances that led to the accident. Possibly, he was either in a hurry or felt rushed and became distracted. He also had only had 20 hours in the aircraft, a SIAI-Marchetti SM-1019B, so though he was an experienced pilot, he may not have been fully aware of the “gotchas” associated with that plane.

I wonder why a company would make a control lock that would allow for full rudder travel and tailwheel movement with all the other controls locked? Why design a system that gives absolutely no indication to the taxiing pilot that they do not have the means to control the airplane in the air?

Dale Snodgrass was a legend. He was a highly experienced and highly respected pilot. He was known as the inspiration for the character Maverick in the Top Gun movies and was a real-life Top Gun pilot. In addition, he was a sought-after airshow pilot and flew demos for a handful of military aircraft.

How does a pilot like that “forget” to complete the Before Takeoff checklist? How does a professional pilot not do a control check just before takeoff? I guess because he is also human. The accident report said there was no indication that he was in a hurry to get anywhere. So maybe complacency was the actual cause.

Whatever happened to throw him off his game that day was a definite lesson for the rest of us. Single pilot resource management is critical for those of us who fly alone. The most vital tool when we are alone is the checklist. It is a tool that will help keep you alive. It’s not enough to rely on memory or flows because sometimes we forget things—important things, things that may cost us our lives.