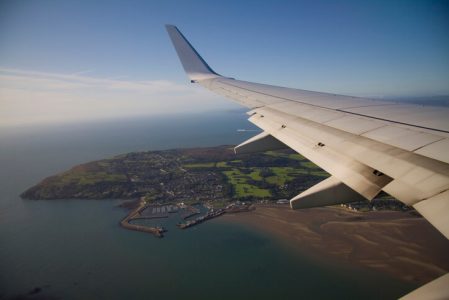 I hate when I call for “flaps up” just a little late and end up with the overspeed warning blaring in my headset. Those darn jets accelerate so fast at takeoff power you have to bark out aircraft cleanup calls right on schedule, just like we learned in pilot training. If you’re late, the airplane will let you know. I’ve done it before (several times), and it’s always a surprise when I see the red lights flashing and hear the unexpected horn.

Imagine if you were to get an uncommanded flap deployment in flight! You’re just flying along, enjoying the sunrise, when suddenly, warning bells are sounding, lights are flashing, and you’re looking around to find the source of the commotion. That happened to the crew of a Challenger 604 in August 2022.

The event happened during the climb portion of the flight, above the maximum flaps-extended speed. The master caution display warned of an unspecified flap failure but did not specify the exact cause of the malfunction. Fortunately, the crew turned around and landed without further incident.

Upon investigation, investigators discovered that one of the two motor-retract relays malfunctioned, meaning one of the motors continued to operate, allowing the flaps to extend on their own at half speed until they reached the limit stop. Unfortunately, the wingtip brakes did not engage, and the uncommanded flap movement protection system did not work!

The concern is that other aircraft within the Challenger fleet may be flying with a similar failure that may prevent the uncommanded flap movement protection system from working correctly. As a result, Bombardier is planning to release an advisory wire addressing the issue for operators.

A special bulletin has also been issued by the UK’s Aviation Accident Investigation Branch (AAIB). It’s like a mini-pilot training lesson, explaining the affected systems, what went wrong, and what to do if it happens again. If you’re a Challenger pilot, it’s worth taking a look.