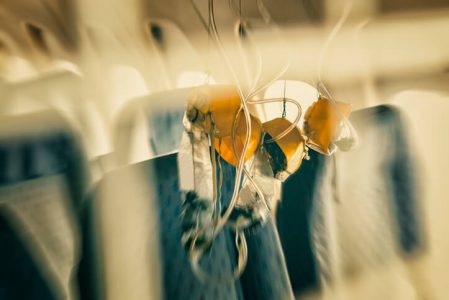 You don’t always know when aviation weather will hit

Turbulence is one of those aviation weather events that most experienced pilots shrug off as part of a day’s work. We tell our passengers to expect some bumps or rough air, but we barely give it much more thought than that. We know our limits (or at least we think we do). Thunderstorms are a “hard no,” as are areas of known or forecast severe or extreme turbulence. That’s just common sense. But what if it’s not in the forecast and takes you by surprise?

Recently, I was flying on a benign weather day, cruising at FL410, enjoying the blue sky and the puffy white clouds below, when suddenly, BAM! It was as though someone took a fist and slammed it into the top of our airplane, completely unexpected. Thankfully, everyone was seated.

It was over as fast as it began. For us, it meant an accelerated heart rate for a few minutes, but others were not so lucky.

In May 2019, a Challenger 601 accident was an eye-opener for anyone with a casual attitude toward mother nature’s power. The final report said the fatal accident resulted from “a loss of control due to a rapid climb and inversion caused by severe atmospheric instability, inducing both engines to shut down.”

Let’s think about that for a second. This must have been a terrifying ride: turbulence so severe that both engines failed. I can’t even imagine. According to the report, the aircraft was three hours into the flight enroute from Las Vegas to Monterrey, Mexico. Not long after that, they disappeared from ATC radar.

Flight data recorder information outlined the dramatic details. It showed that they encountered several intense air mass disturbances that produced a series of extensive and sustained vertical positive and negative G loads. Because of this, they entered several horizontal oscillations before rapidly climbing 5000 feet to FL 448 and rolling inverted.

The report concluded that at this point, the aircraft was out of control and never recovered. Instead, they were inverted and banked 60 degrees nose down. The plane ultimately entered a flat spin and hit the terrain in a wings-level attitude, killing all 13 on board.

The CVR indicated that the crew saw nothing on the radar, although it seems as though they must have seen something visually to make them bring it up in conversation. They were already cruising at FL390, so anything they encountered at that altitude would have had enormous energy.

Granted, it is challenging to avoid Clear Air Turbulence that strikes out of nowhere, but this is just one more example of the critical need to stay clear of any aviation weather that indicates convection. In addition, this flight’s airborne radar was not working, adding even MORE incentive to fly around any build-ups that made it to their altitude. Avoid, avoid, avoid. It’s the only safe option.