Your IFR Flight Plan is Now Easier to Visualize 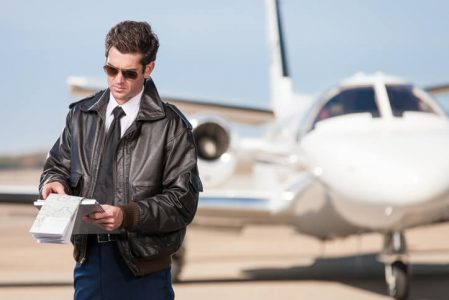 Visualizing your IFR flight plan is getting easier

Filing an IFR flight plan into a busy airport with multiple approaches and complicated arrival/departure procedures is a little easier for pilots flying with Garmin avionics. Version 10 has just been completed for the Garmin Pilot electronic flight bag app, making it one of the biggest updates in years.

Most of the design changes and feature additions involve route and flight planning tools, specifically on the map page. Pilots now have the ability to load complex IFR flight plans and procedures directly into their app, just as they would if they were loading it into their Garmin avionics.

This may not seem like a big deal, but it is. Garmin not only gives pilots the ability to load these complex procedures ahead of time, but they’ve also included a new visual procedures selector, making life SO much easier for pilots flying in busy airspace.

The pilot can now view all of the departure or arrival procedures on the map simultaneously, making it easier to determine which one makes the most sense for the route of flight. And for approaches, the pilot can easily identify which IFR flight plan transition is optimal. Of course there are no guarantees that ATC will agree with you, but it sure makes the planning process easier when you can see your whole route before you even start your engines.

Pilots can now use the app to create custom holding patterns at waypoints, airports and navaids. According to Garmin, “unpublished holds, or those assigned by air traffic control are easily created and displayed within Garmin Pilot to simplify the process of visualizing and flying a holding pattern”. Where was this technology 35 years ago when I was learning IFR procedures?

Another benefit that was recently added is the ability to ensure that all data needed for the flight is downloaded. I could have really used this years ago when I fired up the engines for a flight into Canada and THEN realized that my Navigation subscription for Canada had expired months before. Route data packages are available worldwide, including navigation data, instrument approach procedures, SafeTAxi, terrain, obstacles, and many other options.

Advances in technology are making our jobs easier and safer than ever before. This is true even though procedures and airspace are getting more and more complex. Being able to visualize your entire IFR flight plan before you even start the engines is incredibly convenient. It’s incredibly safe too.