Pilot Training May Benefit from a Look at Showboating 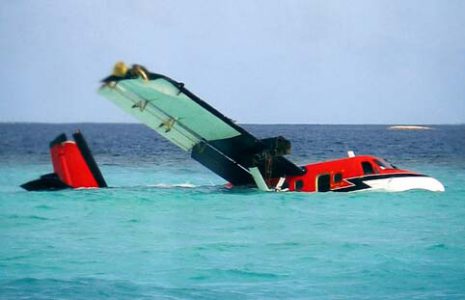 Should pilot training discuss the dangers of showing off?

The NTSB has released the factual report on the crash of former Major League Baseball pitcher Roy Halladay. He was flying his Icon A5 light sport amphibious airplane in 2017 when he lost control and flew into the water. Well…it might have been a little more than a simple loss of control. It makes me wonder if the safety training in pilot training is enough to get the point across.

I think most of us know that the preliminary accident report in 2018 included autopsy results that indicated numerous drugs were found in the toxicology report. That alone could explain what happened on that day.

But here’s the other part of the story. Did you know that it is confirmed that Halliday flew his Icon UNDER the Sunshine Skyway Bridge, near St. Petersburg, Florida? And not only that, he DOCUMENTED the maneuver in his logbook. Ya gotta wonder what kind of pilot thinks that’s ok. The stunt did not occur on the accident day, but it does indicate a certain disregard for safety, rules, and, well, common sense.

What DID happen on the accident day was erratic, irresponsible flying with a definite tone of “showing off”. That combination is deadly in aviation and there is no place for any of it if you want to live to fly another day.

NTSB data indicates that on the day of the crash Halladay commenced a series of climbs and descents over the water that caused the AOA to reach values of over 15 degrees, well into the red band on the indicator. He also consistently reached almost 2 Gs as he maneuvered at altitudes that were often 50 feet or less above the surface of the water. Bank angles exceeded 50 degrees and his airspeed dropped to as low as 54 knots as he reached the apex of the maneuver in a low energy state.

Witnesses reported seeing the A5 flying “really close” to houses, a definite no-no according to the FARs. The witnesses then watched it descend, climb steeply, and then descend steeply again until it impacted the water in a 45 degree nose down attitude.

There were no anomalies with the airframe or engine that would have precluded normal operation. There was also no evidence of damage from a bird strike. No, this one was all pilot induced.

Icon realized the importance of pilot training and actually wrote a “Low altitude Flying Guideline” manual that was distributed to all A5 clients and owners just weeks before the fatal accident. Perhaps the most important sentence in the manual was the warning issued to pilots, admonishing them to “not show off”. Words we could all live by. I think it wouldn’t hurt to add the dangers of showing off to our pilot training.