A Flight Plan Without Taxi Fuel May Be in Our Future 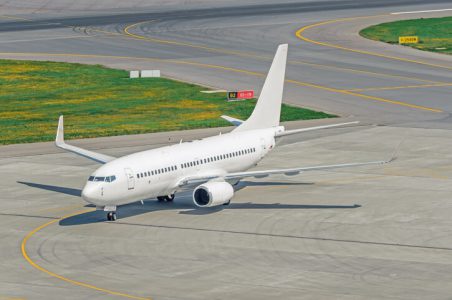 Aircraft Towing Systems (ATS) Worldwide is about to break ground on an innovative system that is designed to move aircraft around airports. If successful, adding taxi fuel to our flight plan fuel computations may be a thing of the past!

Oklahoma State University is teaming up with ATS Worldwide to install the prototype at the Ardmore Municipal Airport in Oklahoma. They hope to offer interested companies the chance to view the system in an operational setting.

Stan Malicki, President of ATS says that “ATS is a revolutionary system that takes the aircraft from the runway to the gate and back to the runway without using the aircraft jet engines. It improves safety, saves fuel, increases engine life, reduces harmful emissions, and lowers noise around airports”.

If anyone doesn’t think that’s a big deal, you haven’t been number 49 for takeoff at Laguardia.

Years ago, Mr. Malicki had a 747 pilot for a best friend who was always complaining about the fuel he wasted during taxi. Stan wondered if anything could be done about that and asked his former aerospace engineers to come up with a solution. The result was ATS. Malicki patented the idea and has spent the last 3 years working with Oklahoma State University to complete the engineering design and development work.

The introduction of the new towing system will be an item of major capital expenditure for an airport but it would address many of the issues plaguing commercial aircraft operations, including noise and potential collisions. ATS would be integrated into the ground control system and would be run by ground controllers at each airport.

It uses tow tractors that ride on underground, permanently installed rail channels, leading from the runway to the terminals. The idea is to move the aircraft without their engines running, offering numerous benefits to the operators and to the environment.

ATS already has several airports interested in the technology and they continue to work with the FAA as the company moves closer to a working prototype. For now, we’ll have to continue factoring in taxi fuel as we fill out our flight plans, but automatic towing may be right around the corner. Stay tuned for more updates!