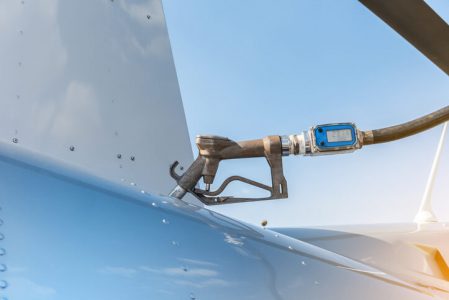 Pilot training covers fuel contamination, and it may be time for a refresher

Fuel contamination is a serious threat that needs to be considered prior to each and every flight. In fact, it’s so important, we’re actually taught about it during our very first flight lesson. Most of us have even seen bubbles of water in a fuel sample (or two) during our early pilot training, reinforcing our determination to always, ALWAYS check our fuel. But what happens when we move up to bigger, more complex airplanes? The larger turboprops, the business jets, and the airlines? And what about contamination that we have no way of discovering unless we are very proactive and borderline obnoxious?

Just last month, two different Cessna Citations lost power in BOTH engines due to fuel contamination. The investigation revealed that they were both fueled from the same fuel truck at an FBO in Southern Florida and fortunately, both managed to land safely. But the investigation also discovered that the fuel on the fuel truck was not contaminated at all, so what’s the deal?

The problem was not with the fuel. It was with the fuel additive. I have no idea how the pilots would have had access to that information prior to takeoff, but maybe the simple knowledge that this kind of contamination exists will make pilots more aware of the hazard and able to ask questions.

Adding the icing inhibitor fluid Prist to fuel is a necessary step for certain turbine engines that don’t have the fuel preheaters required to prevent fuel icing at high altitudes. But Prist is indistinguishable from another type of fuel additive that is required on certain diesel powered vehicles, including airport fuel trucks – an additive that can actually be disastrous for turbine engines.

The fuel additive, DEF, is a urea based solution that lowers nitrogen oxide pollutants in diesel exhaust and is not approved for use in jet fuel. When the two are mixed by mistake, crystals form, causing potentially catastrophic clogs through aircraft fuel systems. This is likely what happened to the two Citation jets, as well as a Falcon 900EX jet that lost 2 of its 3 engines after departing from an airport in Florida.

Last November, seven turbine powered aircraft in Omaha were serviced with jet fuel that had accidentally been treated with DEF. Fortunately, the error was discovered before any of these aircraft flew. There have been no fatalities with this contamination yet, but the clock is ticking. In fact, there is now a DEF task force because DEF is such a risk and will remain a risk as long as these fluids remain on airport property. The problem is that certain diesel trucks have to carry DEF tanks AND icing inhibiting (Prist) tanks. If the fluids get mixed up, it is nearly impossible to tell them apart.

There is an effort underway to exempt Aircraft fuel trucks from the DEF requirement, but until that takes effect, the FBOs have to step up their DEF policies, including training and auditing. As always, the pilot is the last line of defense, but most of us didn’t even know that the problem existed. Until now….

Pilots also need to supervise the fueling of their aircraft, a requirement that many take lightly, if at all. Take a few extra minutes to make sure fuel contamination will not be a factor in your next flight.