Aircraft Performance: Rotation Rates, and the Nearby Tree 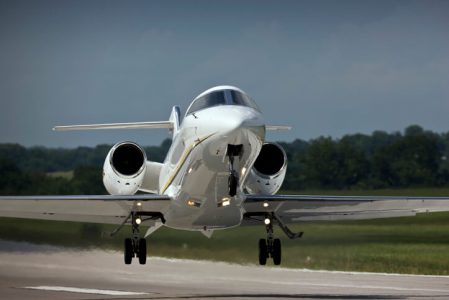 Your aircraft performance is best when limits and calculations are followed

There are few things in life more satisfying than reaching rotation speed, gently pulling back on the yoke, and letting your aircraft effortlessly fly itself off the runway. In fact, my goal as a young pilot was to always transition to flight in the most benign way possible. I loved giving my passengers the smoothest ride ever, starting with the takeoff, until I realized the effect that my smooth, slow rotation was having on my aircraft performance (or the lack of it). Suddenly, all bets were off, even if I had figured my performance data to the nearest foot.

Of course, if you are departing from a 10,000-foot runway at sea level with nothing but 2-inch blades of grass for miles and miles, then you’re golden! Take your sweet time slipping the surly bonds of earth. But if you’re anywhere else, you had better pay attention to the rotation rate specified in your aircraft performance charts – it matters.

To be perfectly legal, pilots must calculate performance data to make sure that they have enough runway available for the takeoff and that they will be able to clear all obstacles as they climb to an altitude of 1500’, whether they have both engines operating, or just one. These figures are not a one and done calculation. Different temperatures, wind conditions, humidity, aircraft load, field elevation…a lot of factors determine the final performance numbers, which is why they must be calculated before every takeoff.

After reviewing countless accidents and incidents, investigators have pinpointed several common errors that pilots make while calculating aircraft performance. Errors made while inputting data into takeoff performance systems, flight management computers, and thrust management computers are the most common. They actually documented weight entry errors anywhere from 10,000 to 100,000 pounds less than the actual takeoff weight. Can you imagine being wrong by 100,000 pounds? Being off by just one digit can dangerously affect takeoff speeds and thrust settings. It can also give a false sense of security regarding runway distance required, especially during intersection takeoffs. It makes me shiver to think! One digit can have fatal consequences. Accurate data input is just another variable to consider when computing takeoff performance.

But one thing that is NOT a variable is the rotation rate. Unfortunately, my habit of finessing the takeoff for passenger comfort was not a good idea. In fact, it actually made me illegal. Lower than prescribed rotation rates have the potential to “negate” takeoff performance guarantees. Might as well not even calculate them if you’re going to rotate using your own comfort level.

Flight data analysis during routine flights proves that lower than normal rotation rates are actually common. Specifically, in the business aviation community, there is a perception that rotating (takeoff) and braking (landing) for passenger comfort is the way to keep your job. There is also the belief that “easing” the aircraft into the air during hot, heavy, or high altitude takeoffs will enhance safety margins. In fact, none of this is true.

Aircraft manufacturers expect pilots to rotate at the rate specified in the performance manual, no exception. Rotation maneuvers balance takeoff performance, stall, tail strike, and minimum control speeds. You become a test pilot when you do anything less than the specified rotation rate – it actually might be worth disregarding passenger comfort in favor of guaranteed aircraft performance.