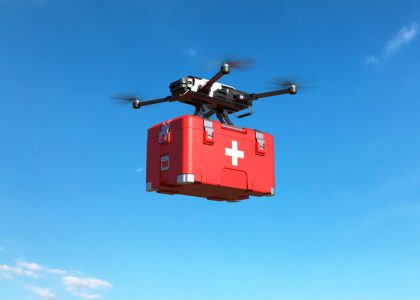 The FAA moves closer to integrating drones into aviation airspace

The drones are coming. The FAA’s Unmanned Aircraft Systems Integration Pilot Program (IPP) is a wrap. The 3 year initiative was designed to test and analyze the best and safest ways to introduce drones into the national aviation airspace system, and it looks like both the FAA and the drone industry are ready to move forward.

The BEYOND program is next, and, among other things, the FAA is hoping to address community concerns as they focus on “beyond visual line of sight” (BVLOS) operations. BEYOND officially launched in 2020 and will be looking for repeatable, scalable operations that make sense economically. The IPP did a great job moving the drone industry forward, forming many private/public partnerships across the country as they learned what worked and what didn’t. Industries could experiment with the potential benefits of incorporating drone operations into their daily tasks and responsibilities.

The IPP missions were extremely successful and show great promise for the drone and unmanned flight industry’s future. Some of the test missions included package delivery, pipeline and powerline inspections, flood damage assessments, cattle counting, 911 calls, and aircraft inspections. Future missions will potentially include life savings organ/blood transports, police surveillance, search and rescue, wind farm inspections, disaster relief, and countless other ideas that haven’t even been thought of yet!

Allowing pilots to operate drones beyond their line of sight is a whole new animal. It is a huge step forward and will require new regulations, possibly new drone airways, and new technology in the drones themselves. The BEYOND program will utilize most of the same participants as the original IPP – allowing for continuity and rapid progress moving forward.

It’s time to make sure that the next phase of drone integration is accomplished safely and efficiently without interfering with air travel as we know it. It’s exciting to watch the new technologies evolve and see how the various industries are starting to recognize the potential benefits of incorporating drones into their daily business. Hopefully, the BEYOND program will expedite the addition of unmanned vehicles safely into our aviation airspace, bringing drones to everyone and anyone who might benefit from these new services.