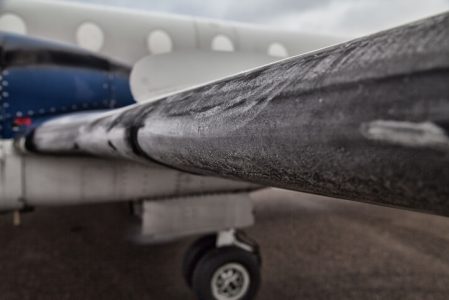 I had to really think about a recent warning from the NTSB regarding aviation weather hazards in the winter months. Those of us who fly for a living are intimately familiar with the dangers of icing and we do our best to stay out of it. I would hope that anyone who flies for personal reasons would also know that ice on their wings is something to be avoided at all costs. So why the new Safety Alert from the NTSB?

It looks like the alert is about education and awareness, saying that many pilots do not understand the full dangers of operating in winter weather, specifically snow. An NTSB investigation revealed that there are both pilots and operators who assume that flight in snow was safe, as long as certain conditions were met. Apparently these pilots felt safe flying in snow as long as they had the minimum ceiling and visibility requirements for whatever approach they would be flying. They also felt comfortable with snow that was too dry or too cold to pose an icing hazard. (I would have stopped there and asked how they were determining the moisture content of the snow, but this wasn’t my study.) The pilots also said that as long as they could see through the snow, they did not consider the effects of icing on their airplane.

The problem is that snow is often viewed as containing all-frozen water, but it can, in fact, contain liquid particles that freeze onto surfaces and pose hazards to airplanes in flight. According to the NTSB, flying in wet snow and associated icing conditions can lead to deadly consequences. They are concerned that the assumptions pilots have might prevent them from fully using icing related forecasts and/or tools.

The NTSB acknowledges that dry snow is unlikely to pose an icing threat, while wet snow most definitely could, but again, how does one define wet snow? Especially as you are flying through it at speeds in excess of 100mph? For this reason, the FAA says, “It is imperative that pilots and dispatchers review all potential snow forecasts for an icing threat in addition to potential IMC conditions”.

I must admit, when I think of the hazards of flying in snow, icing is not my first concern. There are plenty of dangers with winter aviation weather and icing is just one of them. Snow makes me think about slippery runways, constantly changing visibilities, unexpected missed approaches (well, every approach could end in a miss, so scratch that last one), but I will now strongly consider the need for popping the boots in both snow and liquid precipitation.