Aviation Airspace Violated by Rogue Drones is Addressed by the FAA 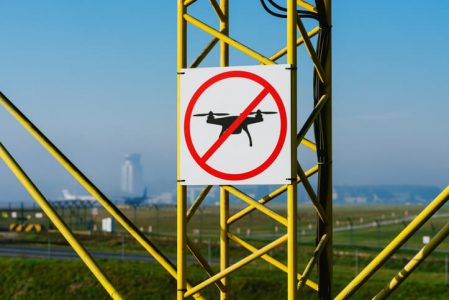 The FAA looks to clear drowns out of aviation airspace

It looks like the FAA is getting a little tired of “rogue drones” wandering into the aviation airspace near airports. After several collisions and many close calls, they are looking for new technologies to disable or neutralize drones that are a hazard to landing and departing traffic. I’m guessing the straw that broke the camel’s back was the close call that involved Air Force One. The Pentagon is now investigating the encounter, which occurred when the aircraft was on final at Andrews Air Force base. Several reporters on board claimed to have seen the close call while looking out the window.

The FAA is planning to test the new drone clearing technology at the William J. Hughes Technical Center near the Atlantic City International Airport. The agency will test the effectiveness of the anti-drone systems while making sure that they don’t interfere with safe airport operations.

Some of the technologies that are currently available for disabling illegal drones are quite interesting:

The FAA says they will eventually expand the evaluations from Atlantic City to 4 other airports and then will decide what to do from there. It is obvious that doing “nothing” is not an option. The aviation airspace around busy airports must be protected from these rogue drones – collisions have already been reported and as the number of drones continues to increase, so does the risk for disaster.