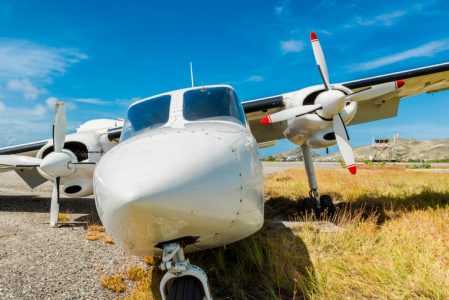 It can happen in the blink of an eye. I know, because it happened to me. We were in the flare. Everything looked normal, then a gust of wind, an abnormally hard contact with the right gear and suddenly we’re porpoising down the runway…nose then mains then nose…I can still remember the helplessness I felt in the right seat – it all happened so fast. I can’t help but wonder if scenario-based pilot training might have helped prevent the damage to our Citation AND our egos.

I have a feeling another couple of pilots might be wondering the same thing right about now. The NTSB has just determined that the cause of the Dale Earnhardt Citation 680 2019 accident was pilot error. Specifically, decisions made by the pilot and co-pilot directly caused the accident. No one likes to hear that.

I feel their pain, but only up to an extent. My incident did not turn into an accident because our approach was completely stable right until the flare and we were also totally committed to the landing once our ride began. Not so much for Dale Earnhardt’s crew. The NTSB report says that the crew touched down at around 18 kts over Vref. That alone points to an unstable approach, but there’s more. The pilot also neglected to extend the speedbrakes on landing, as per the checklist, and instead deployed the thrust reversers.

But here’s where things get really bad. After the third bounce, the crew decided to attempt a go-around, but the electronic engine controls prevented the increased thrust with the unstowed reversers. In fact, a go-around after deploying reversers is a terrible idea as a general rule, but I get it. In all the confusion, along with the fear of losing control, it was probably just instinctive to want to get away from the ground, in any way possible.

So now you have two pilots in a crisis situation, and neither one is really sure what the other one is doing. Are we stopping? Are we going around? Why are the engines not increasing power? Pull back the thrust levers! No push them forward! Each wondering what the other is trying to do. Disaster!

Based on my humble experience as the “pilot not flying” in my landing incident, I can definitely say there’s a whole lot running through your brain during such an event. I was actually the PIC, so I fought the urge to take over mid bounce, which turned out to be a good decision. He was doing all of the right things to recover. It would have been a different deal if he had suddenly shoved the power levers forward after deploying the reversers. But even so, seconds matter as you’re eating up the runway.

I’m wondering if some scenario based pilot training should be included in our simulator sessions. Maybe some practice recovering from miserable landings as a crew to get the feel of who does what or how to actually take over mid bounce if necessary? It’s not as easy as it looks and a briefing before the event occurs would be beneficial to both pilots. Experienced pilots typically don’t think about botched landings because they are so rare, but every now and then, one will bite you. It’s worth being prepared for that one time.