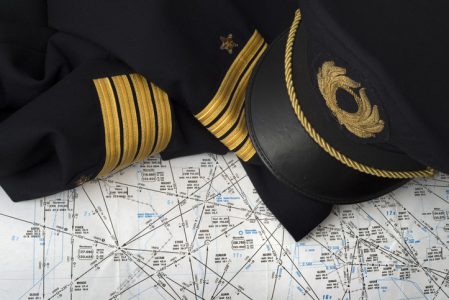 Aviation flight planning gets help with a new app

The boss wanted to go to Telluride for a ski trip last winter. No problem, I thought. A little aviation flight planning and off we’d go. Well…. back up a little – the more I read about Telluride, the more I wondered what the approach and eventual departure would actually look like, especially if my first landing was in less than ideal weather conditions.

In fact, It didn’t sound like the airport was too user friendly at all, what with all the swirling up and down drafts, the mountain peaks that were surprisingly close to the runway and the heartburn inducing missed approach procedure – just in case.

Well, it just so happened that I was scheduled for training a couple of weeks before our trip, so I casually asked if we could slip a Telluride approach into the schedule. Yes, of course, they said – until they realized that my airplane didn’t have Telluride in its computer program. But they were gracious enough to sneak me into a different simulator that had a full visual of Telluride. I can’t even begin to tell you how helpful it was to actually see the approach and surrounding terrain BEFORE I flew it in real life.

But not everyone is lucky enough to have a training event scheduled right before they fly a challenging approach. So how do the rest of us plan for a flight into an unknown and unfamiliar airport?

Fortunately, ForeFlight has just introduced a new program that addresses this very question. It’s called Airport 3D View and it combines high resolution terrain and aerial imagery to create 3D images that take a close second to the simulator visual that prepared me for Telluride. The 3D View is supported for any airport in ForeFlight, anywhere in the world and is included with ForeFlight’s Performance plans.

Actually, this program is almost better than the simulator visual because of its 360 degree capability, allowing the user to pan and zoom to investigate the surroundings in any direction. Preplan your missed approach by referencing the approach chart and observing the terrain that you will encounter along the flight path or visualize the entire approach, paying extra attention to the terrain where it gets challenging.

You can also use 3D View to give your approach briefings that extra edge – the program automatically places the camera along the published glideslope of airports with known approaches so you can get a realistic view of the final to help prepare for the real thing.

So unless you’re lucky enough to have a rogue instructor willing to risk all to get you a good visual of a new airport, consider upgrading to Airport 3D View and your aviation flight planning will be upgraded as well!