Aviation Weather is a Valid Reason to Cancel Flight 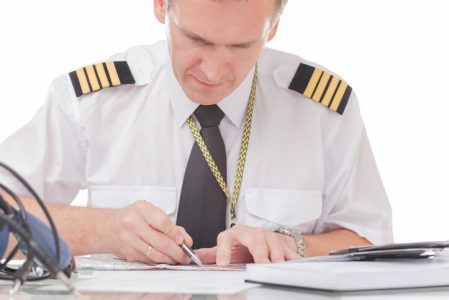 The jury agrees, aviation weather is a valid reason to cancel a flight

The jury agrees, aviation weather is a valid reason to cancel a flight

While looking back on high-profile aviation accidents over the years, it’s easy to see that aviation weather is often a factor in the tragic endings of otherwise routine flights. Thunderstorms, poor visibility, in-flight icing, wet or slippery runways, severe turbulence, contaminated wings on takeoff; weather wins every time.

There is no doubt that professional pilots have seen more inclement weather in the air than their paying passengers have. I can’t count the number of times I unintentionally scared myself and vowed never to do that again. But, because of the unpredictable nature of the beast, sure enough, I’ve done it again. However, when I can prevent endangering myself or my passengers by making an intelligent weather call before I accept a flight, I do it.

Have you heard about the corporate pilot fired for choosing safety over the company’s demand for speed? He refused a flight that he decided was unsafe, and his company fired him. The pilot worked for the flight operations subsidiary of a property management company. This company had a large hotel on the island of Saint Martin, which suffered a lot of damage after Hurricane Irma blew through in 2017.

The property management company told the pilot to load up the plane with cleaning supplies, construction material, company employees, and insurance personnel and fly to the island. According to the pilot’s research, the weather around Saint Martin was still unsafe to fly. The pilot told his boss that he would continue to monitor the weather and be ready to go as soon as it improved.

Instead of respecting the pilot’s call, the company found another pilot to make the flight that night. Then, they fired the original pilot a week later because of this refused flight. Finally, the company sued the pilot for $20,000 to recover some of his training expenses, stating that he reneged on his job contract by refusing to fly.

The pilot, not one to sit idly by, sued the company right back. But, fortunately for pilots everywhere, the jury must have experienced a bump or two in the air themselves because they sided with the pilot.

I hope this lawsuit is heard loud and clear worldwide so that pilots no longer feel pressured to take a flight to save their jobs. Unfortunately, aviation weather is only part of the problem (mechanical issues, fatigue, illness, to name a few). Pilots need to stand up for safety and say “No” when appropriate. Management needs to trust that professional pilots can make intelligent decisions and do their jobs safely.