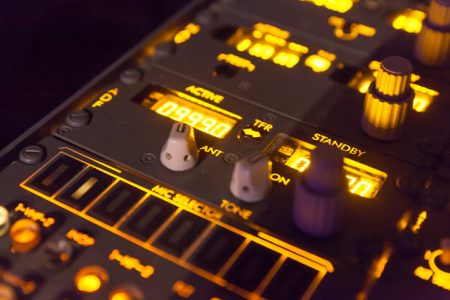 Your flight plan may change if your aircraft is CPDLC eligible

U.S. domestic en route controller-pilot data link communication (CPDLC) is happening. Trials are underway, but there’s a catch: some aircraft/equipment combos are more successful than others with the new technology. Therefore, only pilots of qualified aircraft can file their flight plan with the code “En Route CPDLC eligible.”

This launch reminds me of another technology launched many years ago when I was an airline pilot constantly fighting to get a word in on the always crowded clearance delivery frequency at the busiest airports in the country. Then, finally, Pre-Departure Clearance (PDC) arrived and worked as advertised. No more struggling to write down a complicated, lengthy clearance, no more asking how to spell a word, or more asking the controller to repeat a clearance, and no more getting stepped on during the readback.

PDC was a welcome change back then, and I think we’re going to feel the same way about CPDLC for the same reasons. I’m sure I’m not the only one who has had to scramble to find a pencil when the controller says they need to give us a re-route. Nor am I alone trying to spell fixes that I’ve never heard of or wondering if I heard the altitude or frequency change correctly.

There is something to be said for getting a clearance in writing that you can refer to as necessary. I’m looking forward to using this technology soon, but unfortunately, my airplane does not qualify just yet.

According to Honeywell, the FAA will temporarily exclude aircraft that do not meet the requirements necessary to participate in the CPDLC trials. These excluded aircraft “had a lower than expected transmission success rate,” but once the equipment has been validated, they will be invited to participate in the trial fully.

Experts are currently working on identifying and resolving avionics compatibility issues for unqualified aircraft. Once they find and correct what prevents the system from attaining the desired results, the aircraft will be eligible to participate in future trials. For now, L-3 Harris has released a document that lists the business aircraft models that meet the required equipment for participation.

Information about applying and where to find the form can be found here.