Aviation Weather Was not the Cause of a Fatal Crash 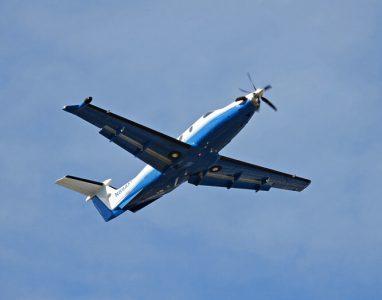 I admit it; I was surprised when I read the final report on the 2019 PC-12 accident that claimed the lives of 9 people and injured 3 more. I thought that the cause of the crash was going to be aviation weather, specifically icing, but the NTSB determined otherwise. I’m sure they investigated the crash from every angle, but still- how could ice on the tail NOT be a contributing factor?

Here is a quick review of the events leading up to the crash; see what you think. First, there were 12 people aboard the 10-seat airplane. That’s never good, and it gets worse.

During a snowstorm, the airplane sat outside on a ramp in Chamberlain, South Dakota, accumulating ice and snow from nose to tail. The following day, when the rest of the passengers went hunting, the pilot and a passenger stayed back to clear the wings and tail using store-bought isopropyl alcohol and a broom. There was no professional de-icing truck involved and no anti-icing procedure, just the feeble attempts of the two people who thought they could do a “good enough” job clearing the plane.

It’s also never good when the pilot says something should be “good enough.” They did their best, but they didn’t have a ladder to reach the tail, so the pilot said the airplane was “98% good” and the snow would “fall off during takeoff.” Additionally, it was snowing heavily when they began their takeoff roll.

Interestingly, the NTSB report says that the snow and ice on the tail were not the problems. Can I just stop right here and say that makes me nervous? How many pilots are going to read this report and say to themselves, “I guess it really DOES blow off during takeoff.” I can promise you that ice does not blow off, no matter how long you hold the plane on the ground to build up speed. The clean wing concept is the ONLY safe way to operate in the winter.

The NTSB determined that the cause of the accident was the abrupt pull-up to a steep angle during the takeoff roll, combined with a center of gravity that was aft of limits (extra passengers).

This pilot had a habit of rotating abruptly. What should have been unusual for the pilot was taking off in heavy snow with ice on the tail. I would think that even the most careless pilots would acknowledge that this was not an average, routine takeoff. It should have been a time for gentle control movements, at least until he got a feel for the aerodynamic tendencies of his experimental aircraft. Instead, the pilot did what he usually did and hauled it off the runway. The airplane immediately entered a left turn with the stall warning and stick shaker activating a few seconds later.

That was it. The aircraft crashed less than a minute after takeoff. Performance studies indicate that the pitch and airspeed oscillations after takeoff were pilot-induced. The NTSB also concluded that control authority was adequate until the stall, even with the ice, snow, and 12 passengers in a 10-seat airplane!

The moral of the story is: don’t do this. Don’t do any of it. Aviation weather is nothing to be trifled with; neither is pilot carelessness and complacency. Maybe you will get away with some of it, but then again, perhaps you won’t.