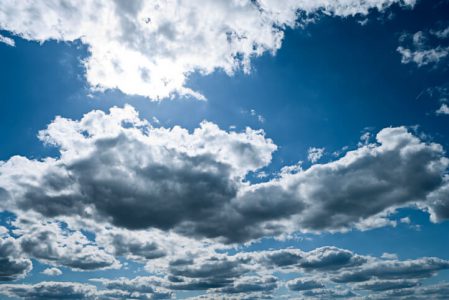 Class E airspace is the most common airspace in the United States, but it’s also the trickiest to understand. Class E airspace typically extends up to, but not including,18,000 ft. and then resumes above FL600. In fact, all airspace above FL600 is designated as Class E. This airspace is also general controlled airspace that includes control areas, transition areas, Victor airways, etc.

One of the hardest things about Class E airspace is knowing where it is.

Let’s talk about “enroute” first. You will find it on the sectional chart inside of the fuzzy side of the blue border. In the vast majority of areas, there are enough airports and Victor Airways to have the Class E begin at 1200 ft. AGL.

In a Class E “Transition Area”, the Class E airspace drops down to 700 ft. AGL. This often surrounds individual airports or groups of airports and can be found on the sectional inside of the fuzzy magenta border. The lower floor is necessary to protect aircraft on approach or departure.

Class E airspace can take on many different shapes and sizes. Airspace designers have to consider terrain elevation, approach and departure corridors, the amount of traffic at a particular airport, as well as the type of aircraft using the space.

There are also “Surface areas” that extend all the way down to the surface surrounding certain airports. This space is almost always next to a Class E transition area and exists to protect precision instrument approaches. All airports with Class C Surface areas are required to have a weather station and the ability for aircraft to contact ATC, Flight Service, a Center facility or an Approach/departure facility from the ground. This airspace has a magenta border, instead of the blue border surrounding Class D airspace.

Class E Airspace does get a little complicated when you consider all the oddly shaped blue and magenta fuzzy borders, but it begins to make sense when you take the time to review the logic behind the design. A quick review while you’re looking at a Sectional chart can help you remember the rules of the sky, as well as reminding you of why you should feel safe and protected the next time you fly an approach to minimums.