Concise Communications in the Air 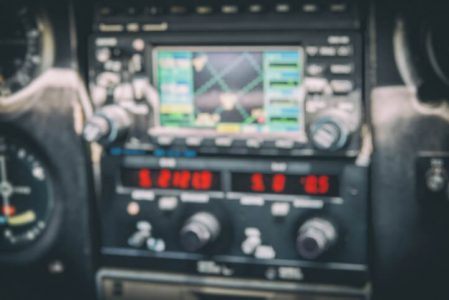 How to make yourself a better, safer pilot.

Radio communications are a huge part of a pilot’s daily life. From getting the ATIS broadcast prior to taking off to receiving ground clearance for parking, the reality is that a pilot’s listening and speaking skills are constantly at the forefront of the job. This week we’ll explore the various ways in which pilots can improve their communication and some areas in which crews may get lazy or cut corners.

Every pilot, regardless of experience level, probably remembers some of their first flying lessons. Perhaps, you already knew the phonetic alphabet or maybe it was the first time anyone told you “E” was for “Echo” rather than “Elephant”. Still, there usually comes a point in one’s learning curve where something about the communication becomes challenging. Maybe it’s that first flight into Class B airspace or learning the in’s and out’s of IFR communication. While some individuals may be able to parrot back radio calls quickly and cohesively others struggle just to catch the necessary information shared in a single ATC call, let alone repeat it back while maneuvering the aircraft. Whether we have a steep or shallow learning curve, we all must gain these skills. We eventually do, however, as the pendulum begins to swing the other way. What was once challenging and nerve wracking settles in to become second nature and without conscious effort to maintain a certain modicum of professionalism, complacency and perhaps some laziness may start to creep in. For example, a pilot may go ahead and abbreviate their given call sign even though ATC has continued to use the full one, the assumption being that it will happen eventually anyway.

Even worse than the complacency though is the jargon we tend to pick up in the aviation community. Calling out to ATC that we have traffic on the “fish finder” or reading back a climb to an altitude of 10,500 as “climbing through 9.2 up to 10.5” are dangerous habits that we must work to break in ourselves as well set an example for those following in our footsteps.

A breakdown in a pilot’s ability to clearly communicate is more often than not one of the first signs of task saturation. There is a noteworthy link between a pilot’s communication and their flying. Does this imply that we need to be worried about the pilot who uses occasional jargon? Not necessarily; however, it does, in many ways, speak to individual discipline, and discipline in radio communications is vital. Does an individual who acts remiss on the radio pay good attention to detail in other areas? It’s hard to know, but the initial assumption would probably be that they do not, and that is not an impression any professional wants to present. Anyone who has ever flown in a high-stress environment, whether it be an intensely busy airport such as JFK or a deployed environment like Afghanistan, recognizes that wherever our flying adventures may take us, clear and concise radio communication remains crucial to safety.