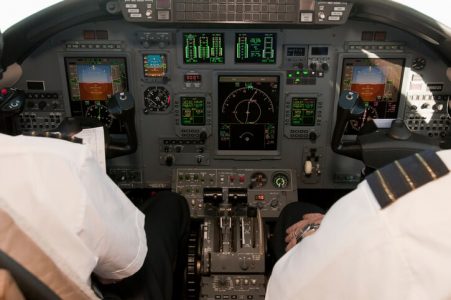 Crew resource management (CRM) can help a crew get through an abnormal or emergency event during flight. The non-flying pilot is flipping back and forth through the QRH, going from one procedure to the next, while the pilot flying is throwing switches and pushing buttons. There is no doubt that CRM can be a lifesaver in the heat of an emergency. What can CRM do in the relative calm before takeoff?

Preliminary reports, from a fatal GIV accident in January suggest that the pilots may have avoided the accident had they showed more CRM initiative and thoroughly checked the spoilers. Spoilers are a big deal when they don’t work correctly.

The GIV in this accident was flying from the Dominican Republic to Orlando with 2 pilots, a cabin attendant, and 6 passengers. Unfortunately, all nine people died when the plane crashed 15 minutes after takeoff. The backstory of this flight is important; the plane underwent 3 hours of maintenance on the right wing spoiler actuators before they took off for Orlando. And yes, the crew knew this maintenance occurred.

Before this flight, security cameras show passengers boarding and the engines starting. They show that the crew did the spoiler check and both sides extended. Tragically though, only the panels on the left wing retracted. I can’t understand why nobody noticed that the right panels were still extended unless no one was looking out the window.

One of the scariest moments I’ve ever had in an airplane was the day I extended the spoilers in a “new to us” Gulfstream. It was a routine flight and I was high for the approach, so I activated the spoilers for a bit of help getting down. The airplane began a diving, steep bank to the left, with the bank angle increasing by the second. I immediately retracted the spoilers, and the airplane returned to normal flight.

The probable cause of the GIV upset was that the spoilers on one side were extended while the other side was retracted. I read about this situation and practiced it in the sim during initial training, but I had never experienced anything like it in a real airplane. I thought back to our before-taxi flow and confirmed that we had done a successful spoiler test on the ground before the flight, so I could honestly tell the mechanic that all was well before takeoff.

We do the test before the airplane even moves and BOTH pilots have to check their wing; this is not something done in the middle of a checklist or a radio call. We are simply checking the operation of the spoilers. I know many professional pilots want to start the engines and get moving – time is money for the passengers in the back, right? But some things cannot be rushed, and this check is one of them. As long as it takes, do it right. If the crew of the ill-fated GIV had taken the time to do this test, they might still be alive.

The fatal GIV situation differed from mine because they started their roll with three spoilers on the right wing extended. Investigators know this because a witness had a picture of the airborne plane that confirmed the spoiler location. The emergency developed immediately after takeoff. There was no question that something was wrong. The pilots tried to return to their departure airport as it progressively worsened. Then they opted to divert to another airport but did not make it.

CRM might have prevented this flight from ever leaving the ground. You check your wing and I’ll check mine, especially after maintenance. They paid the ultimate price, but we can all learn from this tragic mistake. For example, if necessary, use all crew members, even the attendant in the back. And remember to “BFAT” before every takeoff: Brakes, Flaps, Airbrakes (or spoilers), and Trim. But don’t just say the words out loud, check, double check, look at the indicators, and look out the windows. You may see something unexpected.