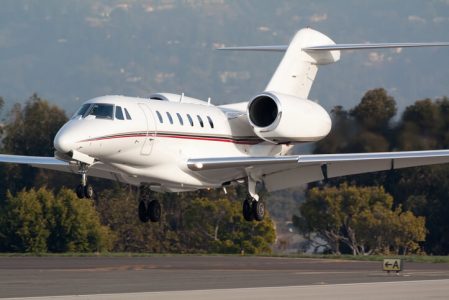 Crew resource management isn’t something to overlook, especially during flight

Not many pilots know the terror of bouncing down the runway, trying desperately to regain control before the unthinkable happens. In this situation, the unlucky pilots know the gut-wrenching feeling of being along for the ride. I know because I’m one of them. But I also know the potential that crew resource management has in preventing aviation accidents and incidents. I wonder if it could have saved Dale Earnhardt’s Citation.

The Earnhardt accident’s final report was just published, and the NTSB found decisions made by the crew to be the probable cause of the 2019 crash. “Crew” is the operative word. According to the report, the Citation 680 landed too fast, bounced, and touched down a total of 4 times before the main right gear collapsed. Following the collapse, the jet exited the runway, sliding through a ditch and hitting a fence before finally stopping 600 feet from the runway threshold.

Here are the details:

Now, read the NTSB determination’s exact wording through a crew resource management lens and see if you think this accident was preventable. The Board determined that the accident was the result of “the pilot’s continuation of an unstabilized approach despite recognizing associated cues and the flight crew’s decision not to initiate a go-around before touchdown …”. Contributing factors included “the pilot’s failure to deploy the speedbrakes during the initial touchdown … and the pilot’s attempt to go around after deployment of the thrust reversers.”

I see many opportunities for either pilot to pull the plug as this incident developed into an accident. I wasn’t there, but I have been in a very similar situation; I know the incredible danger of trying to salvage a lousy landing or waiting too long to take immediate corrective action to prevent a bad situation from becoming worse. I get it – we’re humans and it’s easy to let our ego get in the way. But look at what the result can be. Fortunately, in this accident nobody was hurt, though the airplane sure was totaled.

Think about this for a minute. what if the non-flying pilot said something about the unstable approach? Isn’t that an automatic go-around per the regs? What if the speed brakes were deployed, as the checklist required? Maybe the brakes would have been more efficient. What if someone would have stopped the go-around attempt after the thrust reversers were deployed (also standard procedure). So many what-if’s.

And all of those what-if’s come back around to crew resource management. Simply talking to each other and not being afraid to speak up, even forcefully if needed, and stopping a situation from escalating to a potential disaster. That’s why there are two crew members aboard. And that’s why the NTSB blamed the accident on the decisions of the pilot AND co-pilot. We need to use the input from BOTH crewmembers to ensure the safe outcome of every flight. It’s a whole lot easier that way.