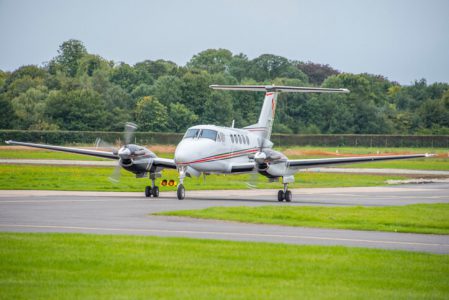 This week’s blog entry on the critical engine is for our piston and turboprop audience. In single-engine operations, your only engine is the “critical” engine.

However, for multi-engine aircraft, the critical engine is commonly defined as the engine whose failure would cause the greatest negative performance impact.

Part 1 of 14 CFR notes that “critical engine means the engine whose failure would most adversely affect the performance and handling qualities of an aircraft”.

Determining the critical engine is directly related to the effects of P-factor, accelerated slipstream, spiraling slipstream, and torque.

Continue reading to see why not all multi-engine aircraft will have a critical engine, such as those with counter-rotating propellers.

One helpful mnemonic to readily remember the contributing factors to a critical engine is PAST. This stands for:

P-factor is also referred to as asymmetric disc effect and asymmetric blade effect occurs at high angles of attack.

As is the case with all propeller aircraft, the descending blade is continuously working at a higher angle of attack than the ascending blade, causing the center of thrust to shift.

So, even though, the engines are producing the same thrust their arms vary. This means that for the majority of aircraft, those of which have propellers that rotate clockwise, the left engine will be considered the critical engine because the right engine will cause a significantly greater yawing moment.

Accelerated slipstream is a rolling phenomenon resulting from P-factor. The air behind the propeller will move in a similar fashion to the center of thrust.

This creates more airflow on the outside of the right wing than the left, making the aircraft more eager to roll to the left.

Spiraling slipstream further compounds the risks associated with a critical engine as the air reaches the rudder on the left side, resulting in a left turning tendency.

The last considerable impact to consider is torque. This speaks to Newton’s third law, stating that each action results in an equal and opposite reaction. When both engines are producing torque the forces “cancel” each other out as neither produces a greater reaction.

However, when the left engine becomes inoperative the resulting roll and yaw combined cause substantial force.

While we won’t get into any associated procedures here, the best way to combat the risk of a critical engine failure is by steadfastly practicing the appropriate emergency procedures and continuing to gain knowledge on what causes it, how to compensate, and plan for reduced aircraft performance during flight planning and during flight.