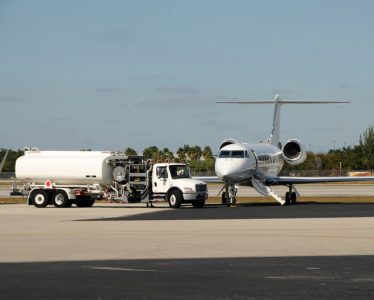 Your flight plan should be safe, apps are making sure your FBO is safety too

I had filed the flight plan and our very wealthy passengers were finally on their way back to the airport. They had spent the afternoon at a college basketball tournament, and unfortunately, their team had lost. I was sure the mood would be solemn on the ride home, but I had no idea how solemn it was about to be. Fifteen minutes before our passengers were due to arrive, the young fueler appeared at the aircraft door with a confession. He had forgotten to add the fuel additive, Prist, to our substantial fuel order. My heart sank like a rock.

Prist is required per our aircraft operating manual. Period. And we could not add it after the fact – it had to be mixed at high pressure. We were toast. Our long day turned into a long night as we drained the fuel into 50-gallon drums.

Additionally, the FBO was unprepared for a large defueling operation and could not defuel into the truck. It took FOREVER. I can’t even tell you how uncomfortable it was telling the passengers what had happened and why it was necessary. Then I had to tell the boss back home.

So, who was at fault here? I know that as PIC, I was ultimately responsible, but I had ordered the fuel with the additive. I was at the airplane when he was fueling, I saw that it was JET A, but I didn’t get out and confirm the Prist. This was my fault. I’m sure the boss and the FAA would agree.

Luckily, there is a way for pilots to pick and choose FBOs based on the safety programs that they have in place, safety programs like Fuel QC Management Systems. I would be happy to know that my FBO of choice had an active fuel QC system that would include proper training for the fuelers.

There is also a new partnership with FuelerLinx, the fuel pricing platform provider. FuelerLinx customers can quickly see which FBOs participate in the various safety programs, including technical line staff training for fuelers.

I don’t know how many pilots will file their flight plans based on the safety programs available at the destination FBO. Still, it’s always good to have as much information as possible when making decisions. Safety on the ground is the first step toward safety in the air, so an easy way to see who’s doing what at participating airports is a great thing.