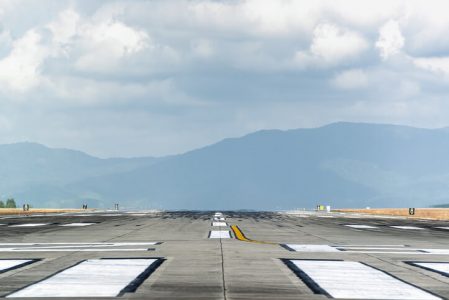 I remember the exact moment that I learned about the installation of live cameras that would display the ramp and runway conditions at a remote airport in upstate New York. The aviation weather up there is unpredictable at best and downright treacherous at worst, especially in the wintertime.

I was flying for an air ambulance company (single pilot in a turbo commander) and our bread and butter routes were small, unattended, remote airports in the north country of New York. It was impossible to know the runway conditions at 2 in the morning unless we called the airport manager or local police to do a runway check, but that took time – time we didn’t always have, depending on the nature of the medical emergency.

The public-use cameras were a brilliant way for me to see what was happening live and up to the minute. I could see if the runway was plowed, what the actual visibility was compared to the reported METAR, If there was ice hanging on the runway lights – all kinds of useful information was available with the live-action cameras.

Now, the FAA is expanding their own weather camera program outside of Alaska to include the Colorado Rocky Mountains which are the same as the privately installed cameras in upstate New York. The cameras are designed to provide a way for pilots to get a near real-time visual picture of weather conditions in the Colorado Rockies.

The Colorado Division of Aeronautics announced that it partnered with the FAA’s Alaska Weather Camera Program to install 52 cameras at various AWOS stations in Colorado. The FAA assisted with the installation of the cameras but the state of Colorado owns and maintains them.

The weather camera program was created in 1999 when the FAA realized that pilots operating under Visual Flight Rules would benefit from seeing real-time views of the current weather conditions at their destinations. If the program continues to go well, hopefully the FAA will continue to add other areas where they are needed.

The live cameras in upstate New York were a huge help to me as I had to make aviation weather decisions both quickly and accurately. Maybe the pilots flying in the Rockies aren’t making life and death decisions for trauma patients, but every life is important and if these cameras help pilots make safer decisions, then they are more than worth the cost.