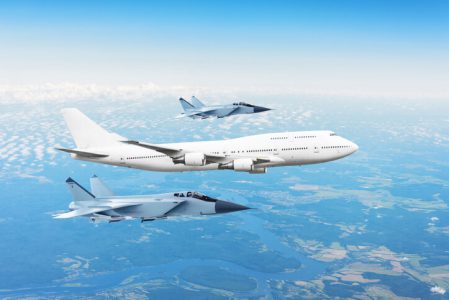 With all the recent tension and uncertainty in the Middle East, the FAA issued NOTAM advises caution on all U.S. civil aviation operators flying in the aviation airspace over the waters of the Persian Gulf, and the Gulf of Oman. This is an update to the January NOTAM that restricted overflights of these waters. Iran and Iraq overflights are still banned.

The flight restrictions are a direct result of the attack that Iran launched on military bases in Iraq that housed U.S. soldiers. In the January NOTAM, the FAA said the restrictions were due to “heightened military activities and increased political tensions in the Middle East, which present an inadvertent risk to U.S. Civil aviation operators due to the potential for miscalculation or misidentification.”

These warnings are precautionary in nature and are meant to prevent civilian aircraft from being mistaken for aircraft that are engaged in armed conflict. Other airlines across the world are also joining in on the ban of the dangerous airspace. Most are either canceling flights or rerouting them to avoid the area entirely, even if it means carrying fewer passengers so they can add the fuel required to stay in the air for the diversions.

The no-fly zone is meant to protect commercial crew and passengers, but all pilots, both commercial and private, would be wise to heed the warning and steer clear of the entire area in conflict. Hopefully the tension will de-escalate quickly and aviation can resume normal activity, but until the all-clear is issued from the FAA, the aviation airspace over the Middle East should be a no-go for all.