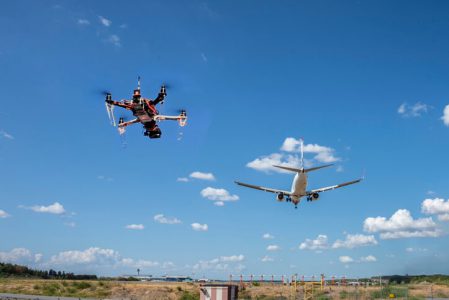 Last year, unidentified drones were flying in groups of ten or more in Colorado…at night. The FAA is trying to locate the person (or people) responsible for operating these drones within the affected airspace, but so far, no luck. That’s bad news for those of us who are also operating our aircraft in the same airspace but unable to see these rogue drones until we smash into them at 200 kts. Authorities and residents in Colorado are worried about these relatively large drones that are flying strange patterns over their communities.

The FAA is issuing a new rule that will make it possible to track and identify almost all drones operating in the United States. The timeframe for compliance is 3 years, which seems like a long time but at least it’s progress. This rule will require drones to implement a remote ID system that will make it possible for a third party to track their operation. Since there is a huge rush for competing companies to launch drone delivery services, a rule like this is absolutely essential for keeping the skies safe for all of us. It’s bad enough that pilots will have to share the skies with legitimate companies who agree to follow the rules, but drones flying in an illegal formation in the dark is a recipe for disaster.

Colorado authorities have concluded that the rogue drones are most likely commercially operated with wingspans close to 6 feet. These drones can travel at speeds averaging 40 mph and can weigh over 55 pounds – substantial numbers. While the sightings have been over mostly rural areas, there is no telling when they may move to busier airspace.

To add to the mystery, the flashing lights used to identify these flying drones appear to be disabled during the takeoff and landing, so their point of origin is impossible to track. The FAA says that since these drones are obviously flying autonomously along a preset course and during the night time hours, their operation is strictly prohibited without an FAA exemption. Sounds like we are going to have to wait until one of these drones fall out of the sky before we can get a lead on what is happening. In my opinion, the people responsible for operating these unmanned aircraft know what they are doing and therefore, know that what they are doing is illegal and dangerous.

For aviation, the national airspace system is protected by rules and regulations for the sole purpose of keeping the flying public safe. But everyone who uses the airspace has to play by the rules. It’s just a matter of time before a drone cowboy causes an incident or accident that causes complete chaos for the aviation community.