Uncontrolled Airport Procedures with the Help of an APU 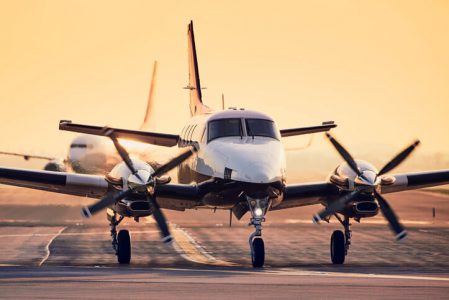 Life sure got a lot better when my boss bought a jet with an APU. I didn’t realize how spoiled I would become, and I’m not just talking about the environmental benefits. Yes, it’s amazing to crank up the heat when I’m freezing or dial down the AC if it’s 100 degrees in the cabin, but there are more important uses for an APU, especially when dealing with uncontrolled airport procedures.

Being able to turn on the avionics, pick up the IFR clearance and pre-program the FMS is a real time saver. An APU is also a great way to save the battery too – there’s nothing worse than being in the middle of nowhere with a low battery, especially if you’re the reason why the voltage is low. Connecting external power is a good option when it’s available, but at uncontrolled airports with small FBOs, it rarely is.

Working as an EMS Air Medical Pilot in the North Country of New York, I can’t even imagine how wonderful an APU would have been. There were countless times when I needed lights for the medical crew to do their job when the engines were not operating and I was very concerned that we were draining the battery. At that time I flew a turbo Commander and there simply wasn’t room for auxiliary power anywhere on the airframe.

But now there’s a new option for operators of light jets, turboprops and even helicopters. Honeywell Aerospace has just announced an auxiliary power unit for aircraft with space and weight limitations. Its new micro power unit (mPU) will provide enough power to operate air conditioning, charge batteries and assist with starting engines.

According to Honeywell, it can reduce fuel burn by up to 80% on the ground when used as a primary power source instead of using the engines. The micro power unit measures just 12 inches by 13 inches by 24 inches and only weighs 75 pounds. It is rated at 10kW and 400 amps and would have been such a life saver on those cold, dark nights with no power available. Whether you are concerned with uncontrolled airport procedures or just need a little heat or AC, a micro power unit might be just the thing you need.

PrevPreviousAviation Weather: A Weekend Story of Staying Ahead of Winter Weather
NextTracking Drones within the National Aviation Airspace SystemNext