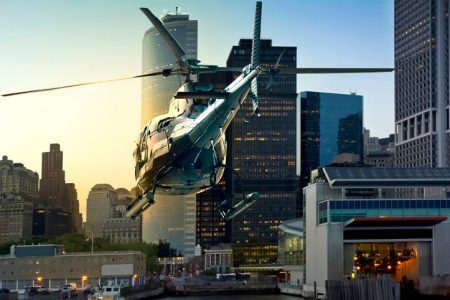 The last time I flew my boss into a New Jersey airport, it was for the sole purpose of catching a helicopter flight into the heart of New York City. The flight plan time was something like 3 minutes and I remember watching them takeoff, ordering my return fuel, filling out the paperwork, and hearing the incoming text that announced their arrival in the Big Apple. You sure can’t beat the convenience of rotor wing flight, especially when you compare it to the hour-plus commute via taxi.

But that convenience may be fading fast. New York City government officials have introduced two bills that will limit helicopter operations at city-owned helipads. The city wants to strengthen noise regulations and require extensive documentation from the helicopter pilots operating there.

A group of aviation advocates is preparing to fight Bill no. 2026 and Bill no. 2067, saying that they would be devastating to New York City’s economy if they pass. Not only that, imagine what they would do to the economic viability of the heliports, as well as the helicopter industry if successful. If the bills pass, operators of the city’s heliports would be required to collect documentation from every helicopter that lands or takes off from its facility. This would include its airworthiness certificate, registration, inspection report, and the flight plan route flown for both the approach and the departure.

The city also proposes new requirements for noise regulations at owned heliports to meet stage 3 noise levels, except for police, news reporting, and medevac. I’m pretty sure that does not include the helicopter that my boss rode in on that day. Most helicopters are certified to stage 1 or stage 2. The coalition says that passing these two bills could affect as many as 80% of NYC helicopter operations (based on pre-covid levels).

Here’s the thing – the FAA already requires the documentation necessary to ensure the safety of each flight. Everything they need, from aircraft legality to the information on a flight plan, is already completed. What is the point of requiring duplicates when the FAA has already done its job of regulating helicopter operations and has prohibited municipalities from burdening them with additional documentation and requirements?