Aviation Airspace Boundaries Are Not To Be Messed With 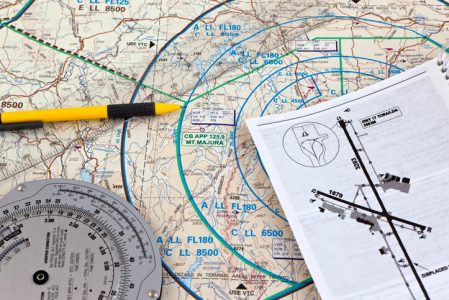 Know your aviation airspace before you enter

Waaaaay back in my freshly minted private pilot days, I remember how happy I was to check off one of the requirements for earning my commercial pilot’s license. I was flying a long cross country from somewhere in New York to somewhere in Pennsylvania when terror struck out of nowhere! Well, I say out of nowhere, but I’m pretty sure the Greater Pittsburgh International Airport had been there long before my little Cessna 172 ventured into its sacred aviation airspace.

I was flying along on a beautiful day, enjoying the ride and feeling proud of myself, when I happened to look straight down at an extensive layout of runways and buildings. It took a moment to process, but when I realized that it was the Pittsburgh International Airport, complete with the Pittsburgh International TCA (that I was NOT allowed to be in), I broke out in a cold sweat.

I then did what every brand new terrified pilot would do and turned off my transponder and climbed like a rocket (all 150 horses, anyway) until I was clear of the airspace. To this day, I have no idea how I missed the fact that I would be flying over such a busy airport (and it was busy), but it happened. Not intentionally or with malice. I was just distracted by the miracle of flight, I guess. I wasn’t caught or punished or stripped of my license, but I learned my lesson.

So I get it when pilots wander into airspace where they shouldn’t be. It happens. My TCA transgression could have resulted in regulatory action, but my life wasn’t exactly in imminent danger. The pilot who wandered dangerously close to a Trump rally last year, however, can’t say the same thing. He probably doesn’t know how close he came to being vaporized by a NORAD F-16 that was scrambled to get him the heck away from the President of the United States. The suspect aircraft wandered very close to the rally and did not seem to notice the initial intercept procedures, including the warning flares. The people on the ground were watching and it would have turned ugly if the errant pilot had not finally caught on.

The pilot established radio contact after finally seeing the signal flares and was then escorted out of the area by the fighter jets without incident. Incidents like this should warn the rest of us. In this rapidly changing political climate, TFRs are popping up everywhere. Yes, it’s easier with iPads and glass panels, but it’s still good advice to check for NOTAMS and TFRs before every flight, regardless of your experience level. Aviation airspace is protected for a reason – make sure you know what you’re flying into!